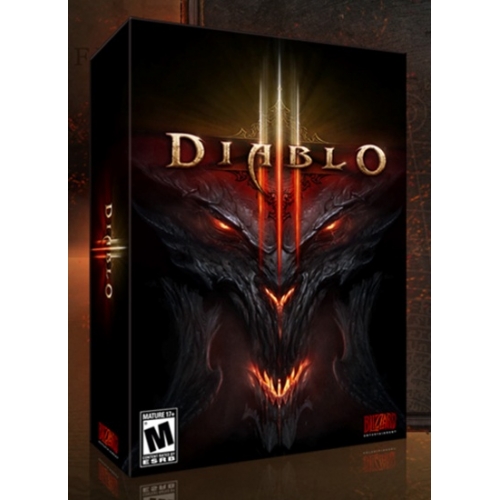 Toy Garden and Toywiz Malaysia will be bringing in the latest Diablo III Standard Edition Box Set for gaming and Blizzard fans! Diablo III is an upcoming dark fantasy/horror-themed action role-playing game in development by Blizzard Entertainment, making it the third installment in the Diablo franchise. The game, which features elements of the hack and slash and dungeon crawl genres, was first announced on June 28, 2008, at the Blizzard Worldwide Invitational in Paris, France and is set to be released in Malaysia on May 15, 2012!

For further information, you can visit the official website: www.diablo3.com

Preorder your copy now at Toy Garden and Toywiz Malaysia for RM218 and we offer free delivery to anywhere in Malaysia!