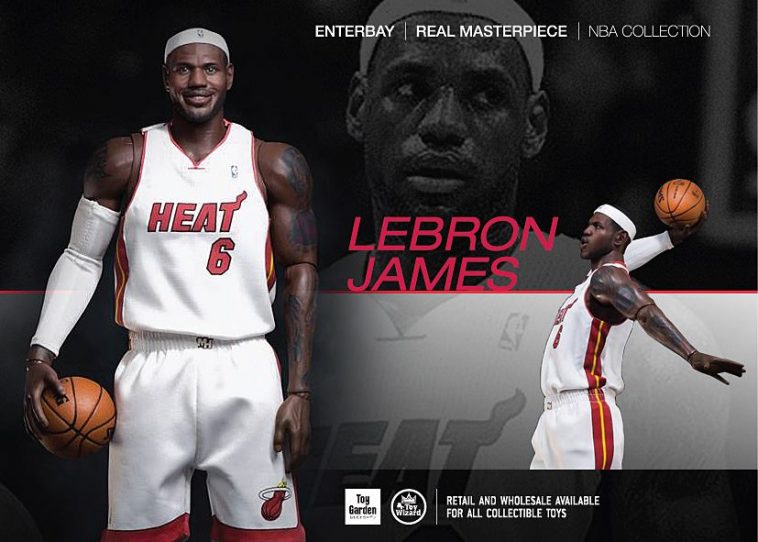 – 2 (two) head sculpts of museum-like representation of LeBron James with authentic likeness, each with a different facial expression.
– Each head sculpts are individually hand-painted with newly developed “multi layer” paint application
– Newly developed NBA-LBJ body with 40 points of articulation, the height is according to James’s actual height, therefore instead of the usual 12” figurine, this product is actually around 13” tall and with his iconic tattoos as well
– Accurate Official NBA Miami Heat Home Team Jerseys with shorts and a pair of white socks
– 5 (five) pairs of interchangeable hands, including two pairs with magnets on them to hold the basketball
– Jame’s signature headband
– A white elbow pad and a pair of black basketball tights
– A 1/6 scale Spalding basketball with magnet inside
– FS-201 figure stand

[colored_box color=”yellow”]Preorder now at Toy Garden and Toywiz Malaysia for RM699 and a deposit of RM50 is required to place deposit.[/colored_box]