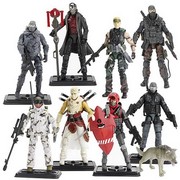 It’s time for G.I. Joe to track down Cobra!
Awesome action figures with killer weapons!
Authentic hero likenesses. Loaded with weapons and accessories.
Compatible with your favorite G.I. Joe 25th Anniversary and Movie toys!
Years in the making, G.I. Joe is back with the thrilling the G.I. Joe: The Pursuit of Cobra action figure line! Chase down the biggest villains in America with these incredibly articulated and well-armed 3 3/4-inch action figures. Featuring great likenesses and tons of articulation, each figure is loaded with weapons and accessories. Latch on to them now!
This Wave 1 action figures includes: Beachhead, Cobra Commander, Alley Viper, Firefly, Duke, Snake Eyes, Snow Job, Storm Shadow. 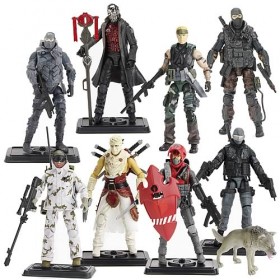 In stock now at Toywiz Malaysia and Toy Garden Kuala Lumpur and some figures are selling in sets only, RM39 each.