With the release of Iron Man 2 movie this week in Malaysia, Toywiz will be proud to present you some Hasbro Iron Man 2 Toys, Figures and Helmets for the blockbuster movie! We have received some different assortments of Iron Man 2 basic figures in Marvel Universe scale of 3-inches figures, some 8-inches action figures and as well as the Electronic Voice Ironman Helmet. All in stock now at Toywiz Malaysia! 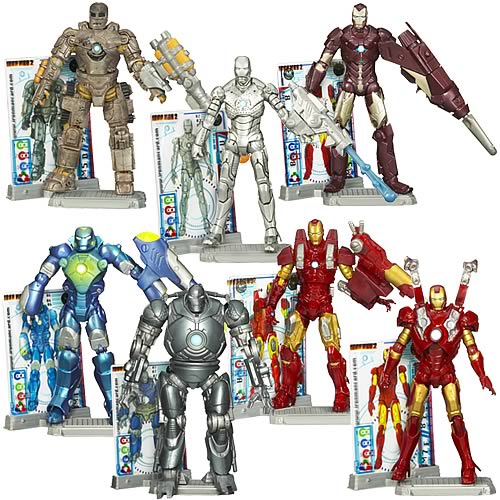 Based on the hit movies and exciting heroes and villains! Display stands with every figure!
Based on the hugely popular film series, these Iron Man figures are inspired by the big movies. Pick all your favorites, and marvel at the fantastic detail! 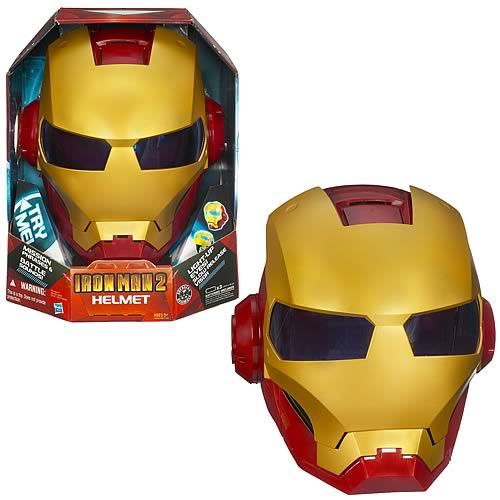 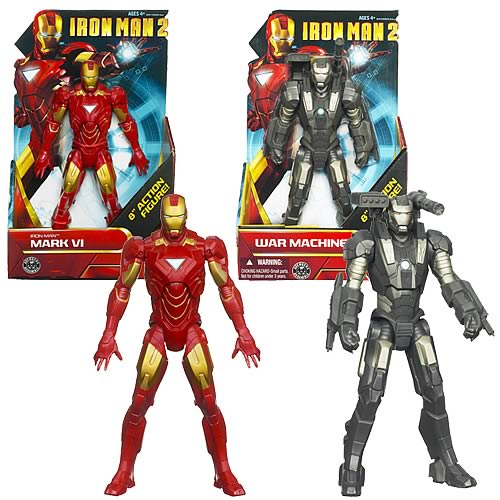 Based on the movies!
Awesome big 8-inch action figures!
Built of a nearly indestructible alloy and powered by the most advance ARC reactor yet, the Mark VI armor is unstoppable. The newest generation of high-tech bad guys don’t stand a chance against power like this. Take on even the toughest bad guys with this awesome “metal-clad” warrior! Featuring the most advanced and high-tech version of his armor, this Iron Man Mark VI action figure is ready for some knock-down, drag-out battles! Intricate details and his 8-inch height also make this figure a force to be reckoned with in your collection. Based on the movies, this case of 8-inch action figures includes: Iron Man Mark VI and War Machine.