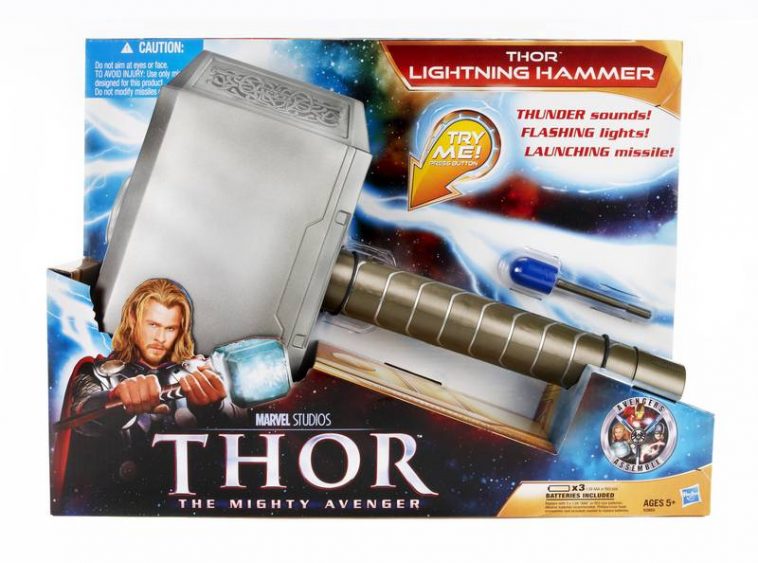 We have received a lot of action figures and role play toys from Hasbro for the upcoming Marvel Studio’s Thor Movie (2011). THOR tells the story of the Asgardian THOR, who is cast out from the mythical world and sent to live among humans on Earth. Over time, THOR learns what it takes to be a true hero, and the powerful yet arrogant warrior uses his mighty hammer to become one of the planet’s finest defenders. 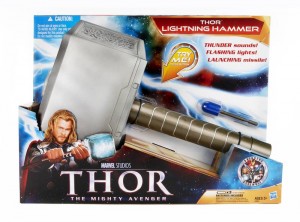 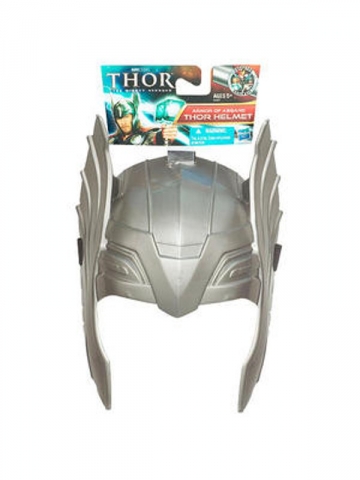 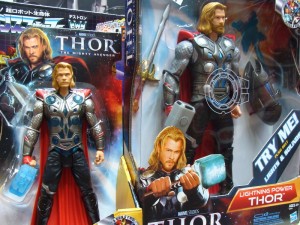 10-inches THOR Electronic Figure
The THOR ELECTRONIC FIGURE stands at an impressive 10” tall with its supremely sculpted and detailed design. Featuring electronic phrases and sound effects from the movie THOR, as well as a light up hammer and additional battle accessories, this THOR figure is a great addition to every fan’s collection!
The THOR DELUXE Action Figures lineup includes never-before-seen versions of THOR characters, featuring a wide variety of battle weapons from the world of ASGARD. 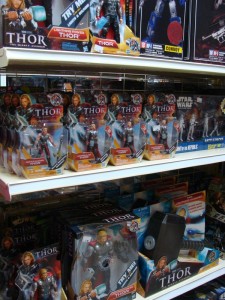 THOR 3.75” Action Figures
Kids and collectors alike will feast on Hasbro’s line of THOR 3.75” Action Figures which includes heroes and villains such as THOR, ODIN, LOKI, FROST GIANT and THE DESTROYER. These super-articulated figures are highly stylized in designs depicting the characters from THOR. Each figure sold separately and some are sold in sets only. Retail price at RM39.90 each.