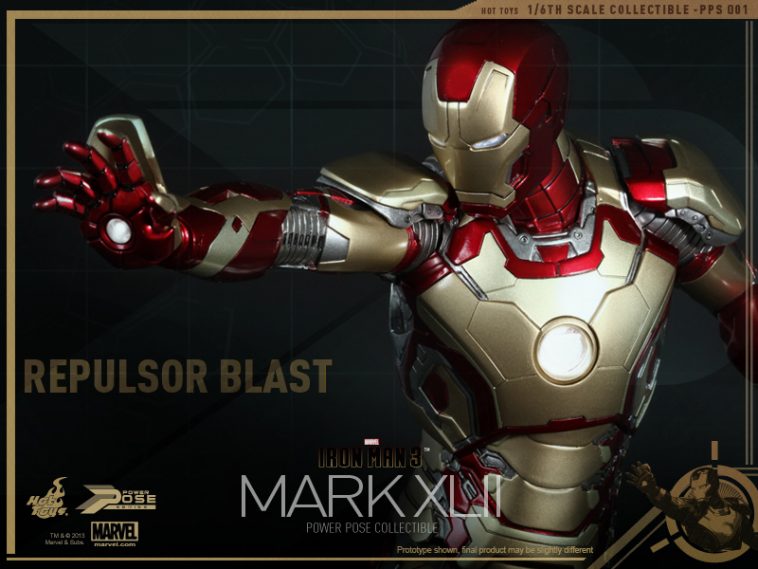 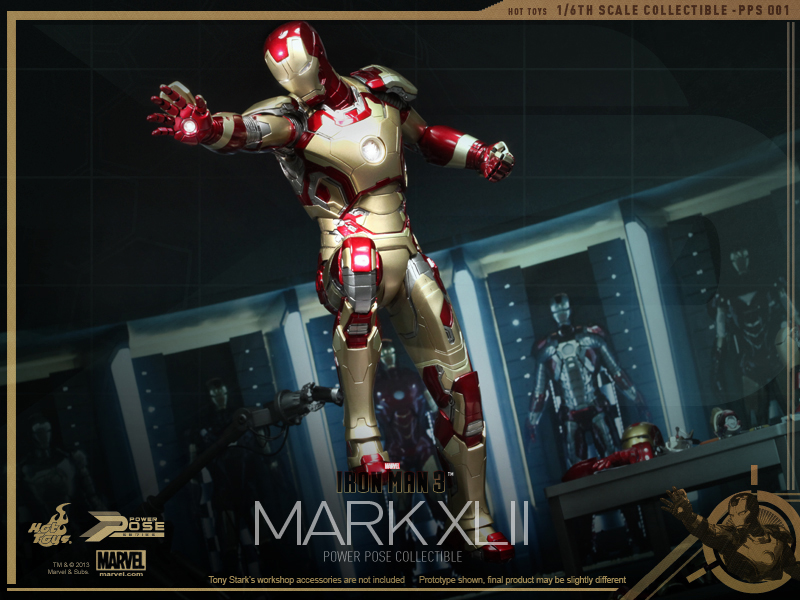 Power Pose Series (PPS)
“I am Iron Man.” The Iron Man 3 movie is coming in just three months and it is time to activate the armor! In view of the high anticipation of the Mark XLII character, Hot Toys is thrilled to present the 1/6th scale Power Pose Mark XLII Collectible Figurine from the new Power Pose Series from the Iron Man 3 movie as the debut of the Series, highlighting the powerful poses performed, LED light-up functions and figure stand with Mark XLII and the Stark Industries nameplate.

[colored_box color=”yellow”]Preorder now at Toy Garden and Toywiz Malaysia for RM489 and a deposit of RM30 is required to place deposit.[/colored_box]