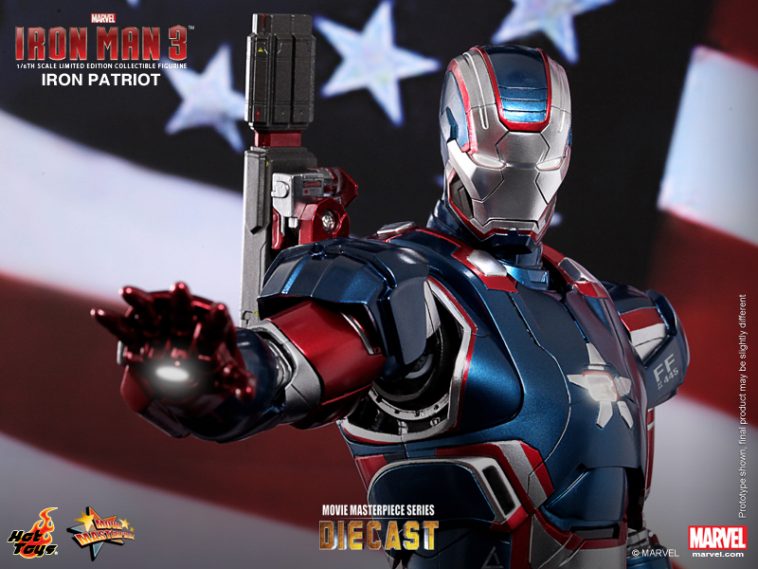 Armed and ready! The Eagle has landed! The Iron Man 3 movie has become the talk of the town just one month before movie launches. Specialized in highly detailed and movie-accurate Iron Man collectible figures and established an indivisible relationship with Iron Man since the first Iron Man movie, Hot Toys is proud to present the brand-new character – the Protector of Liberty which is well fortified of military strength and technological superiority – the 1/6th scale Iron Patriot Limited Edition Collectible Figurine from the Iron Man 3 movie from the MMS Diecast Series.

Toy Garden and Toywiz Malaysia will be taking preorder now for this ultra hot figure! 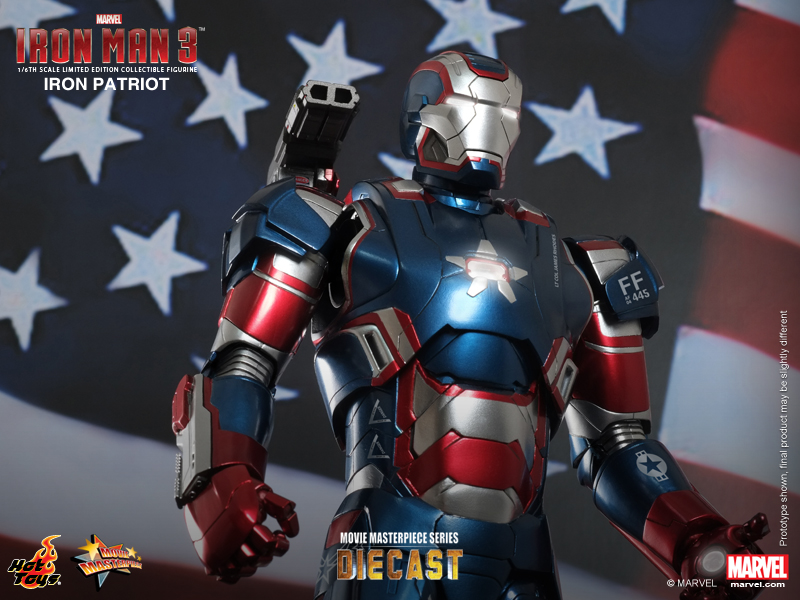 – Over 36 points of articulations

– Three (3) pairs of interchangeable palms including:

Weapon:
– One (1) rotatable machine gun at the back

[colored_box color=”yellow”]Preorder now at Toy Garden and Toywiz Malaysia for RM859 and a deposit of RM30 is required to place deposit.[/colored_box]