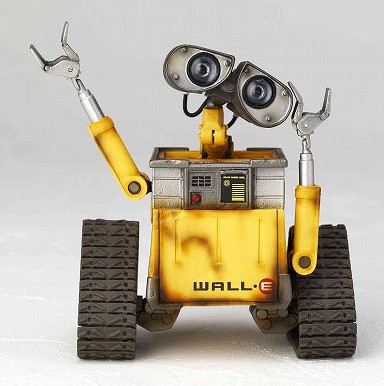 Revoltech will bring us a new Disney Pixar collection coming this Dec 2011, being the first two character from Finding Nemo and Wall-E! Fully posable fish! Yes, it’s the Pixar’s Finding Nemo star himself, getting the Revoltech treatment as a fully posable figure. Includes different faces, and dizzy Dory as an accessory! Even his “special fin” is faithfully reproduced! Revoltech Pixar-002 That’s right, It’s Wall-E’s turn! Fully posable, with a gaggle of accessories, he’s ready to recreate scenes from the Pixar movie or follow your own script!