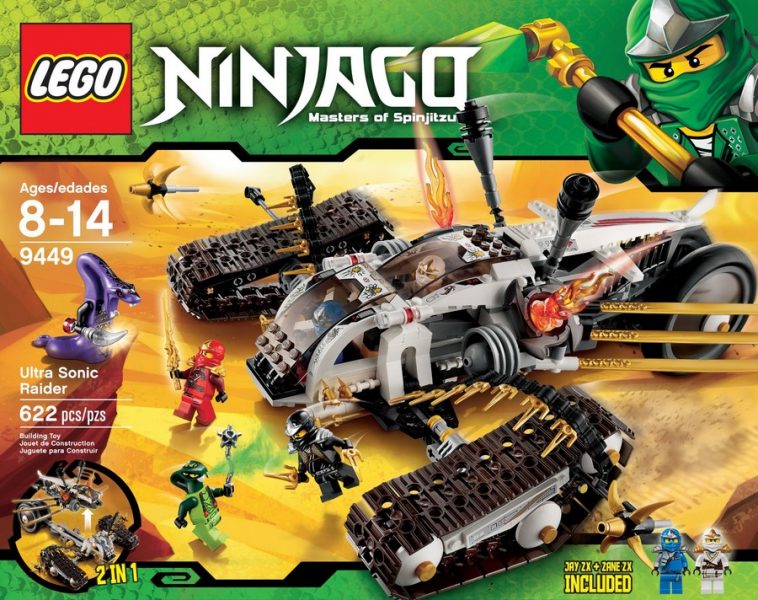 Track down Pythor and the fang blade with the terrain-defying LEGO Ninjago Ultra Sonic Raider! In this amazing vehicle, the Spinjitzu masters spot supreme leader Pythor and his protector Spitta, soldier of the Venomari tribe, taking off with the Fangpyre fang blade. Chase them across any type of terrain with the all-terrain tracks, or detach the flying vehicle, extend the golden blade wings and take the battle to the skies. If all else fails, crank up the huge speaker cannons and tame the snakes with some ancient snake music. Don’t let them get away! Includes six minifigures: Cole ZX, Jay ZX, Kai ZX, Zane ZX, Pythor and Spitta. Set includes the Ultra Sonic Raider, the Fangpyre fang blade with a red anti-venom capsule, four golden weapons and five regular weapons. 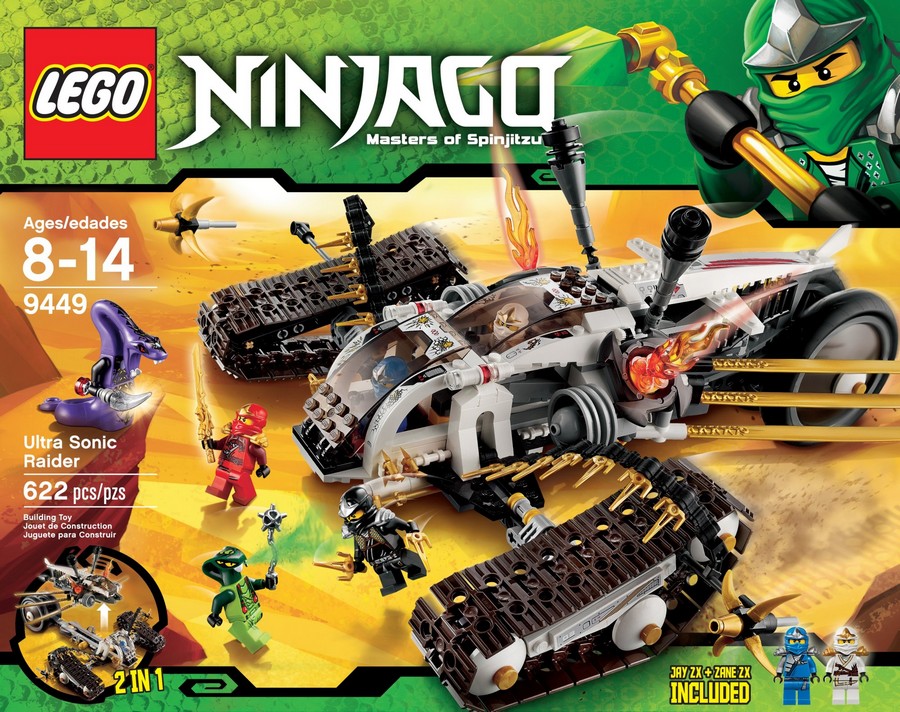