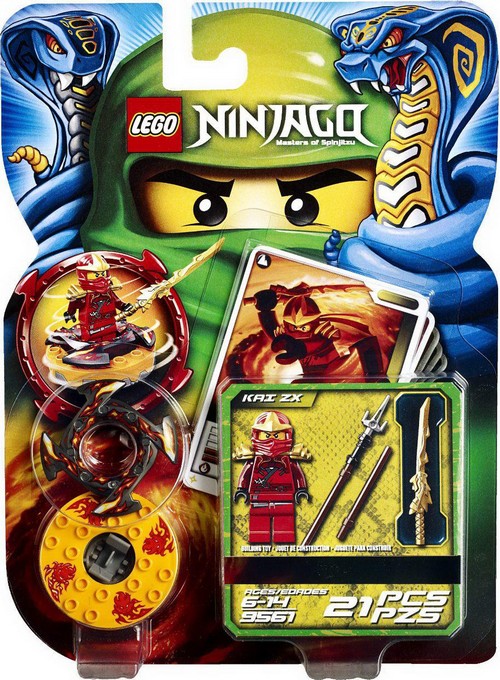 We have received some new stocks from Lego Ninjago Masters of Spinjitzu, The Serpentines spinners set and models/vehicles playsets! The latest Lego training set is available at Toy Garden and Toywiz, as well as some of the latest sets like the Fangpyre Truck and Rattlecopter. 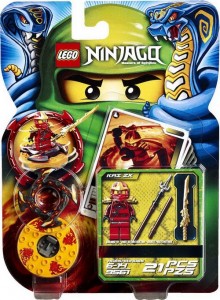 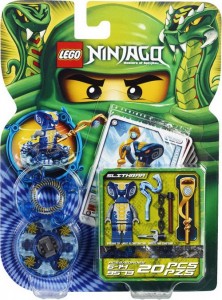 LEGO 9573 Slithraa – RM35
Spin your way to victory against the Spinjitzu masters! With his hypnotizing stare and mesmerizing golden weapon, Slithraa is about to catch the eye of his opponents, the ninja warriors! Use the 4 battle cards included to influence the outcome. Set includes minifigure, blue transparent spinner, blue crown, LEGO bricks, golden weapon and 2 regular weapons, character card and 4 battle cards. 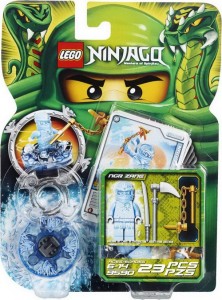 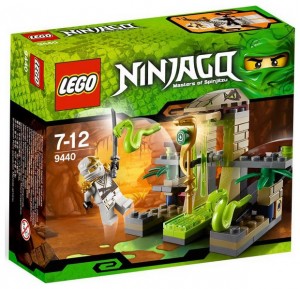 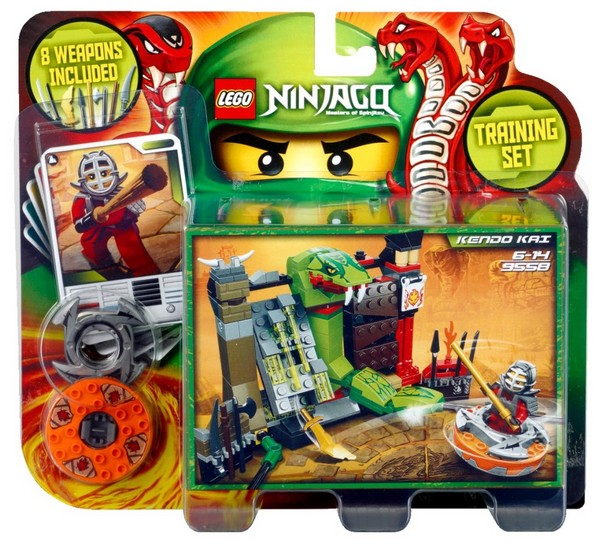 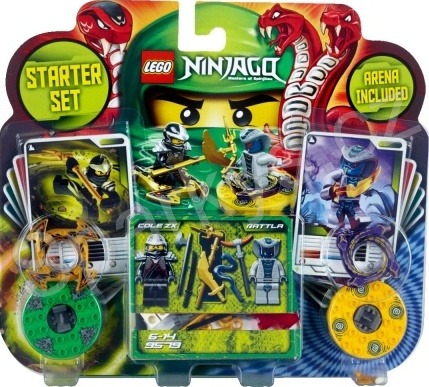 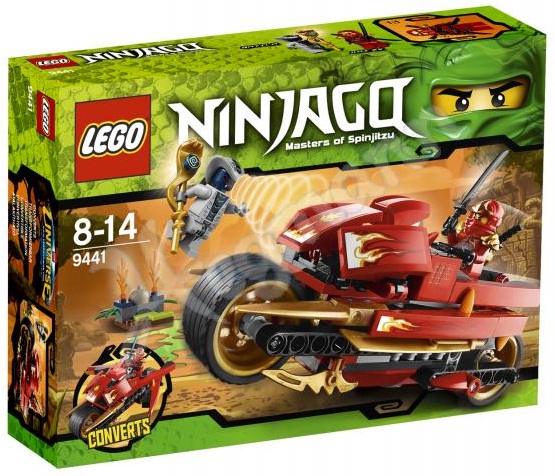 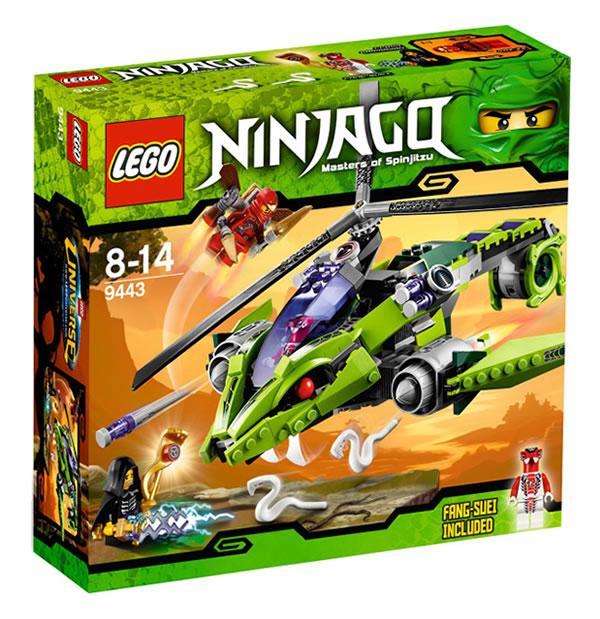 LEGO 9443 Rattlecopter – RM169
Lord Garmadon’s son Lloyd is getting away with the golden Constrictai staff – until he gets cornered by Fang-Suei, a fearsome soldier of the Fangpyre snake tribe. Will Lloyd taste the bite of Fang-Suei’s Rattlecopter and his mini-snake minions? Help Kai to swoop in on his fire-powered jetpack to snatch the staff and rescue Lloyd! Beware of the Fangpyre’s bite and its power to turn people into snakes! Grab the staff and the anti-venom hidden inside as you blast out of there! Includes Kai ZX, Lloyd Garmadon and Fang-Suei minifigures, Rattlecopter, golden Constrictai staff, 3 weapons, 2 mini-snakes and jet-pack. 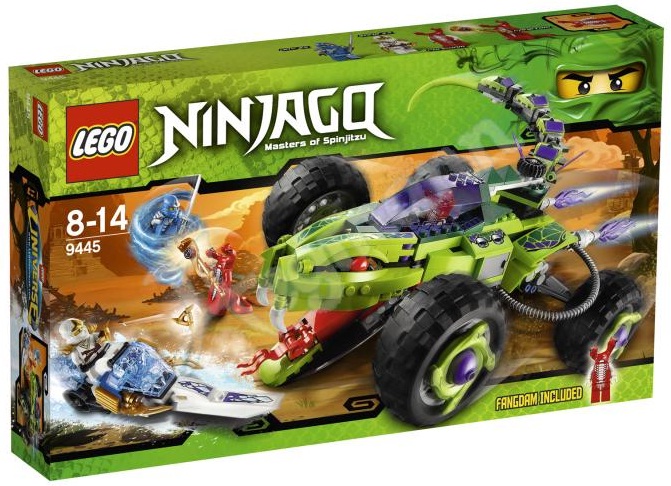 LEGO 9445 Fangpyre Truck Ambush – RM269
Zane and Jay are making a getaway with the golden Fangpyre staff until the General of the Fangpyre snake tribe, Fangtom, sends his accomplice warrior Fangdam on an ambush attack. Help Zane and Jay to outrun Fang dam in the Fangpyre Truck with Zane’s elemental snowmobile! Activate the snowmobile’s ice sprayer to skid out of trouble on any terrain! Dodge the snake truck’s whipping tail strike and venomous front-end fangs while you escape with the staff and an ti-venom! Includes Zane ZX, Jay ZX, Fangtom and Fangdam minifigures, Fangpyre Truck, Zane’s snowmobile, golden Fangpyre staff and 4 weapons. 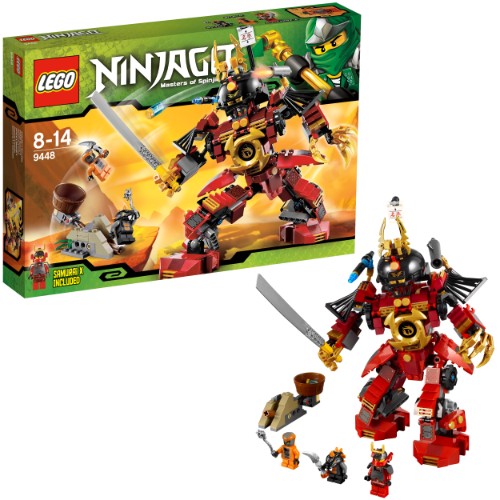 LEGO 9448 Samurai Mech – RM299
Send the Constrictai snakes flying with the awesome LEGO Ninjago Samurai Mech. Samurai X is on board the mighty Samurai Mech when she locates the Constrictai fang blade and closes in to claim it. Can scout Snike and warrior Bytar stop it with a catapult ambush? Or will the Samurai Mech’s massive blade, shoulder cannon shooter and bladed grabbers overcome the Constrictai snakes? Includes a Samurai Mech, a catapult, a Constrictai fang blade with an orange anti-venom capsule and a weapon and three minifigures: Samurai X, Snike and Bytar.
Includes three minifigures: Samurai X, Snike and Bytar. Features a massive blade, a shoulder cannon shooter, bladed grabbers, an opening cockpit, poseable joints and a golden spinner crown mounted on the chest. 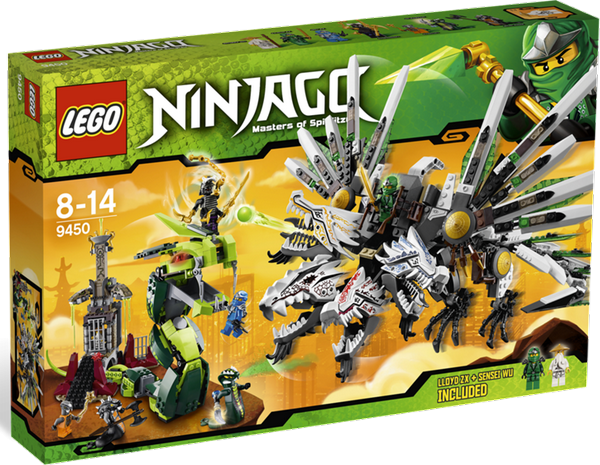 LEGO 9450 Epic Dargon Battle – RM659
Defeat the Great Devourer in an epic battle between good and evil with the LEGO Ninjago Epic Dragon Battle play set. The Great Devourer has been awakened and threatens to devour the world of Ninjago. Can the legendary green ninja, riding the awesome four-headed Ultra Dragon, overpower his evil adversary? Can Lord Garmadon harness the power of the four golden weapons of Spinjitzu to destroy the mighty snake? Can Jay defeat the evil snake generals Acidicus and Skalidor and snake soldier Chokun to release his master from the impenetrable snake prison? Only you can decide the outcome. Includes seven minifigures: Lloyd ZX, Jay ZX, Sensei Wu, Lord Garmadon, Acidicus, Skalidor and Chokun. Features the four-headed Ultra Dragon, the Great Devourer, a snake prison, a Hypnobrai fang blade with a blue anti-venom capsule, four golden weapons and seven regular weapons.