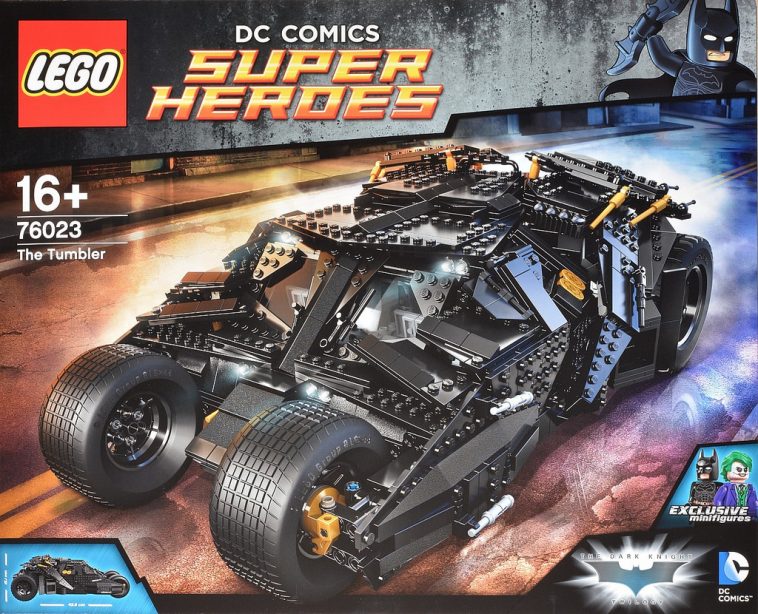 Toywiz and Toy Garden will be bringing in the Lego Ultimate Collector Series UCS 76023 The Tumbler this coming Oct 2014.

Build the awesome Tumbler from the Batman The Dark Knight Trilogy!

Take on the challenge of building The Tumbler, an amazingly cool LEGO model of the iconic vehicle from the Batman The Dark Knight Trilogy. Construct this black armored vehicle highlighted with new color LEGO elements and brand new LEGO front wheels. Check out the cool, detailed interior and adjustable top wings.

The set features predominantly the Tumbler from Christopher Nolan’s “Batman Begins” and “The Dark Knight”, and includes an “overly detailed” interior depicting two seats, a steering mechanism, computer monitors, rear view camera, two keyboards, and other levers. The Tumbler has six large black tires, and has some sort of a suspension system made up of Technic pieces. The roof can be taken off to reveal the interior of the Tumbler. Around the vehicle, there are hinge bricks that allow several parts to move, like in the films. The back depicts a giant motor in between the four back tires. The entire vehicle is black, with inclusions of gold and grey.

In addition to the Tumbler, the set comes with a fact sheet that explains the details of the Tumbler. The fact sheet is built onto a stand, where the two Minifigures can be placed on.

The minifigures included are Batman, in his “Batman Begins” film suit, and a re-designed Joker (Heath Ledger version) also based on his appearance in “The Dark Knight”.