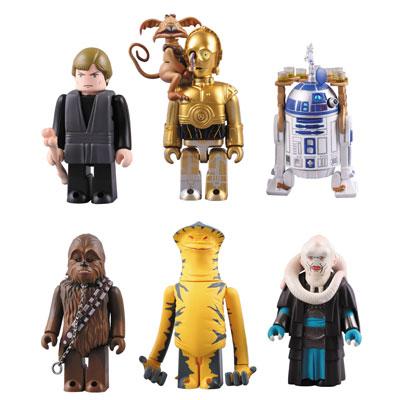 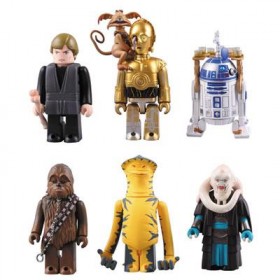 Medicom will release a new Kubrick Star Wars DX Series 1 this year with a new set of six Star Wars figures inspired by the events in the Star Wars: Return of the Jedi movie. The six standard figures are as follows:

Extra parts are included inside each figure which allows toy fans to create the hulking bulk of Jabba the Hutt. The slug-like form of Jabba rests on a slab of segmented PVC and a hookah pipe sits to his side. Medicom will include a pop-up cardboard display which is designed to look like Jabba’s palace in each Master Carton of 4 factory cases. Desirable chase figures are also expected to be dispersed randomly inside each Master Carton. Star preordering now at Toywiz Malaysia and estimated arrival date is June 2010. 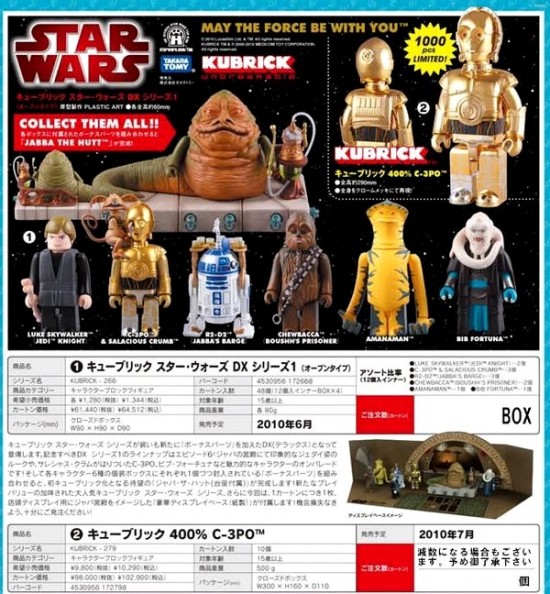