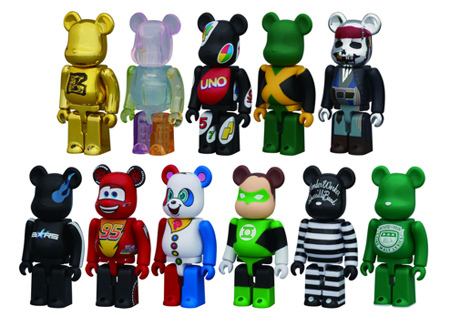 Toywiz and Toy Garden will be bringing in the popular Bearbrick series from Japan Medicom Toys this June 2011, BE@RBRICK SERIES 22. We have the teaser picture from Medicom for what you maybe expecting from this series: Disney Cars 2 the movie, DC Comics Green Lantern Movie, Pirates Of The Caribbean – On Strangers Tides, UNO the game, and most importantly the japanese anime Black Rock Shooter.

Item in stock now and selling hot! Each figure is RM16 and some are sold in sets only. 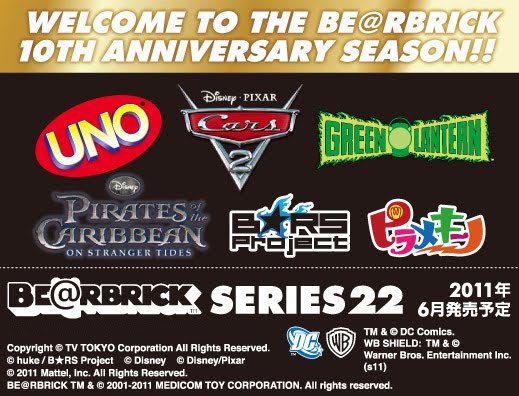