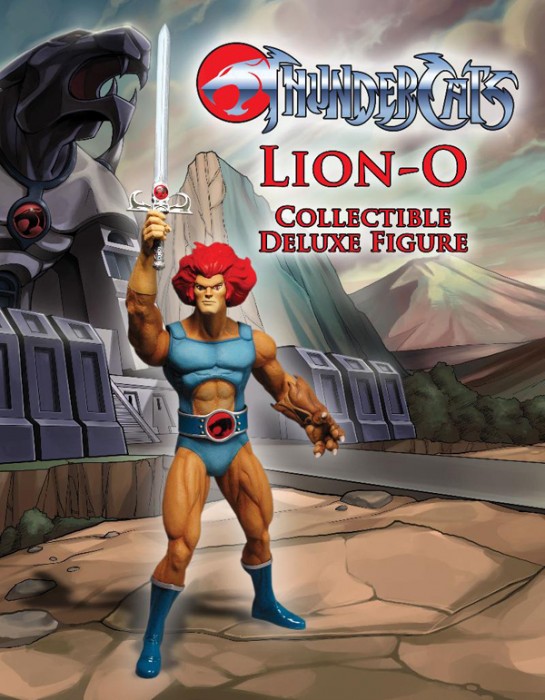 ThunderCats Ho! Straight from the ThunderCats’ Lair on Third Earth, it’s Lion-O and the legendary mystic Sword of Omens.
This mega-scale figure measures over 20 inches tall from the tip of his upraised, extended sword to the soles of his Thunderian boots.

Featuring 7 points of articulation this mega figure is superbly detailed, perfectly capturing not only the iconic look of Lion-O as he appeared in the classic television series, but the essence, of Lion-O as he proudly raises the mystic Sword of Omens towards the heavens and roars out “Thundercats, Ho!” He comes complete with his impressive Claw Shield and a removable mystic Sword Of Omens.

Lion-O is packaged in a collector friendly window box that allows him to be displayed while remaining Mint In Box.
. In stock now at Toywiz Malaysia or Toy Garden Kuala Lumpur for RM269. SDCC version is available as well for RM329, comes with extra special head and glow in the dark eyes feature. 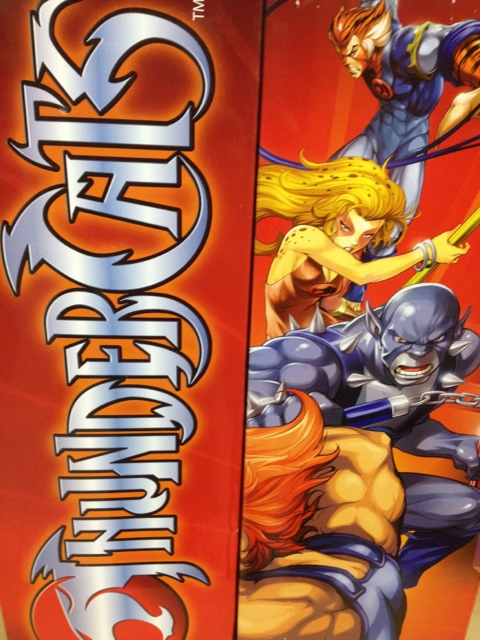 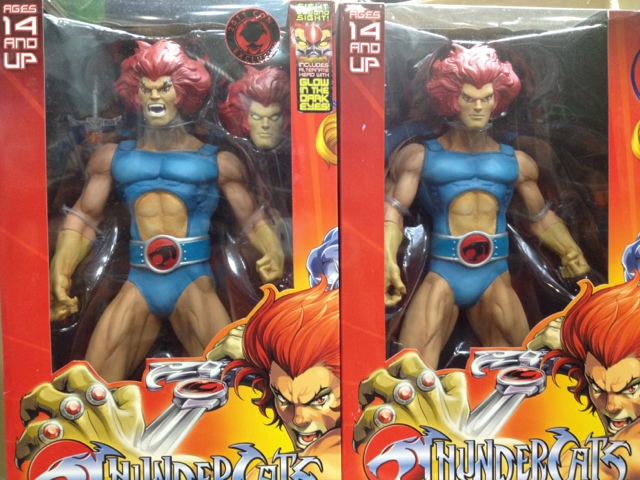 Bandai 8″ Thundercats Classic figures
Based on the classic 1980s animated “ThunderCats” series, these highly detailed figures are ideal for collectors and animation fans. Each 8” figure features 18 points of articulation and comes with the character’s iconic weapon. We have the Lion-O and Tygra in stock now. 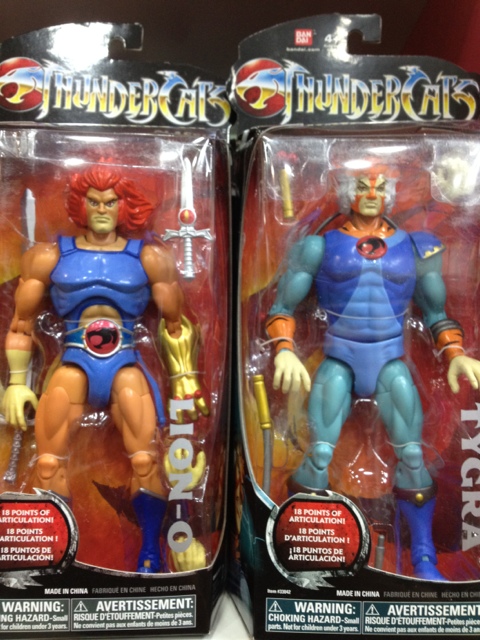