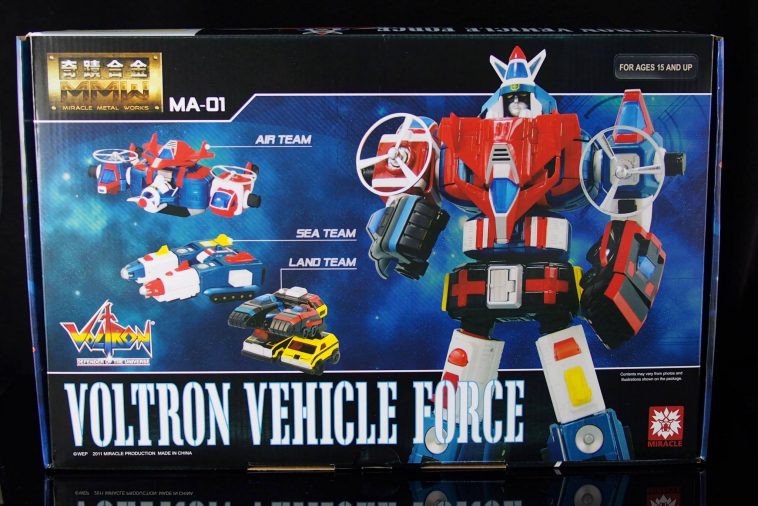 Miracle Production Miracle Metal Works (MMW) MA-01 Voltron will be released end of Dec 2012 and as the name suggested, it will contain mostly metal parts. This new product is dedicated to their Vehicle Voltron (American transposition of Japanese Dairugger XV). The construction took two years of work to make sure that the final product is absolutely perfect and the best ever made. 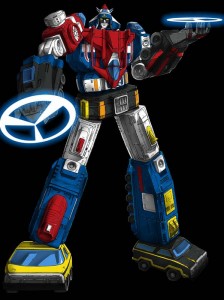 The Vehicle Voltron consists of 15 vehicle components that can be assembled into 3 groups of 5, one for each element:
The Aqua Fighter (Sea Team)
The Turbo Terrain Fighter (Land Team)
The Strato Fighter (Air Team)

All 15 vehicles together form the Voltron that when assembled measure around 33 cm.
Weapons and Accessories:
– Laser-blades,
– Solar-Combat spears,
– Two sets of alternate hands,
– The blazing sword

[colored_box color=”yellow”]Preorder now at Toy Garden and Toywiz Malaysia for RM899 and a deposit of RM50 is required to place deposit.[/colored_box]

Note: The amount of metal used is amazingly high! The metal part is evenly distributed among the whole item including the head, shoulder, arm, upper body, lower body and leg. The massive metal parts used on leg part should be able to ensure its balance after combination. Also, they can strengthen the structure so it won’t fall apart easily.