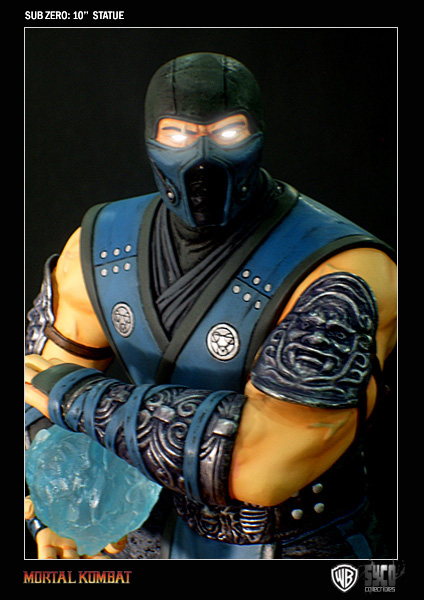 This statue will be made from polystone resin and when in the pose its dimensions will be 10″ height, plus the Base. He will have LED’s in his eyes. The round ball will look like Ice and ready to throw at his enemy. This will be made from Clear Resin, with a blue frosted paint finish.

Sub-Zero Background
An assassin of the Lin Kuei clan, Kuai Liang commands the power of ice and cold. Unlike other members of his clan, he and his older brother, Bi-Han, were abducted as children by the Lin Kuei and trained in the techniques of assassination throughout their lives. Though his codename is Tundra, he has now assumed the mantle of Sub-Zero to honor his brother after Bi-Han’s mysterious death. With the help of his fellow Lin Kuei Smoke, Sub-Zero tirelessly hunts the one who killed his brother.

In stock now at Toy Garden and Toywiz Malaysia for RM529.