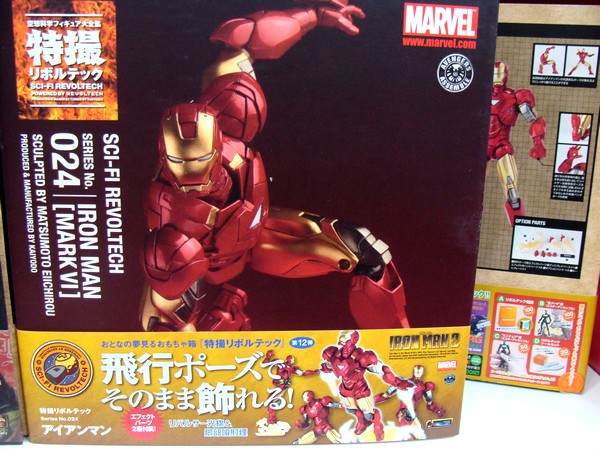 We will be taking preorders for the Revoltech Sci-Fi series #024 Iron Man 2 Mark 6 figure and Scifi Revoltech #025 Jack Sparrow from Pirates of the Caribbean. 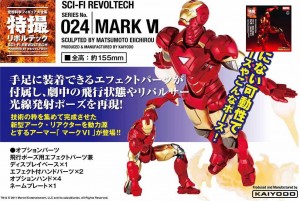 – Able to reproduce the flight scene or the Repulsor Ray firing pose from the film,
by attaching the included effect parts to the hands and legs!
– From Iron Man, the great hit movie that had the popular Marvel Comic work turned into
a film, “Mark VI” the armor loaded with the new type triangular Arc Reactor,
a product of the genius inventor and CEO of Stark Industries, Tony Stark’s
technology of Iron Man condensed, had been made into Revoltech.
– Includes effect parts that can be attached to both hands and foot.
– The option hands with pre-attached effect part enables you to reproduce the
Repulsor Ray firing pose or flight pose, and the effect parts for the foot works as an
effect part for high-speed flight as well as a display stand..
– Loaded with 17 revolver joints without hindering the slender form of the powered suit,
enabling great level of freedom for posing, allowing you to recreate various action poses
from the film, such as the “Ground Punch”, slamming the fist to the ground.
– The new type powered suit [Mark VI] with the complicated mask and fine details has been
carefully reproduced to precision.
– Includes 2 types of option hands other than the hands with pre-attached effect parts,
the [Closed Fist] and the [Open Palm], the [Closed Fist] can be used for the stance for
fighting or for punching the ground, whereas the [Open Palm] is great for poses of
firing the Repulsor Ray with his hand forth. 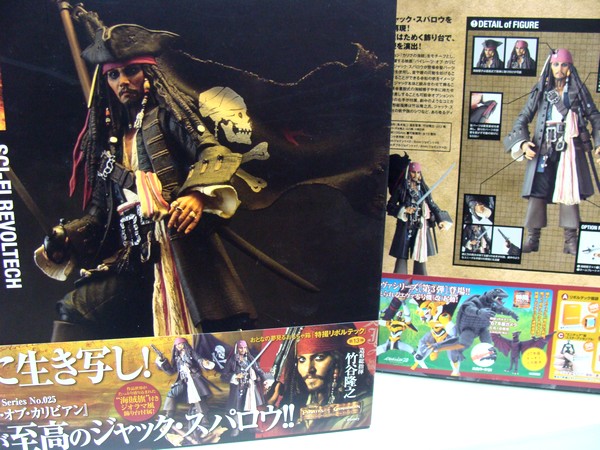 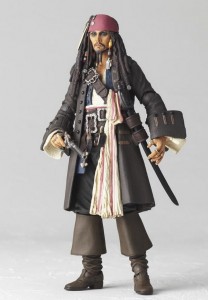 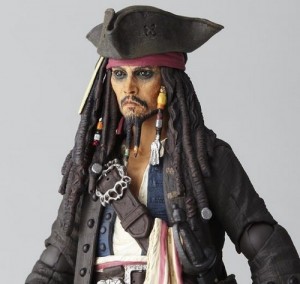 – Captain Jack Sparrow as it is reproduced exactly like that!
– Pirate flag flapping in the wind ornaments diorama base, directing the world of maritime New Adventure!

– Disneyland attractions [Pirates of the Caribbean] and the motif, active movie set in a quirky sea pirates [Pirates of the Caribbean], your love of freedom
Featuring Captain Jack Sparrow.
– Some parts of the hair coat and shirt with a soft material to use, can turn a natural pose without hindering the free movement of the neck and waist.
– Includes a large decorative stand the image of a sail-like dioramas, in conjunction with Jack Body
Work recreate the world of every background can decorate.
– Which will come with guns and swords pirate hats and the hands of a removable sword from the sheath can be inserted and removed.
– Right hand grip is attached can have both guns and swords as an optional hands, also worked with the production of the play like a comical pose.
– Design executive Mr. Takeya Takayuki. Jack Sparrow sails the face of one and of course ornaments and decorations
Flag wrinkles and reproduces every detail.