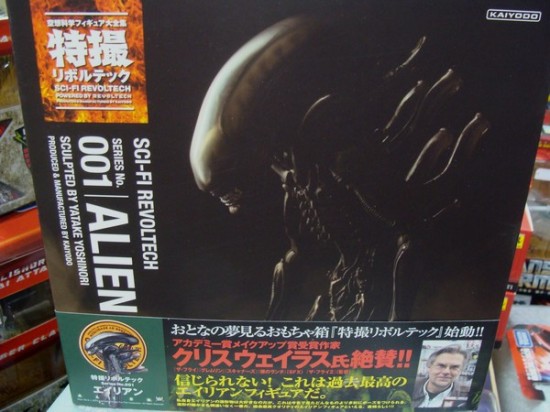 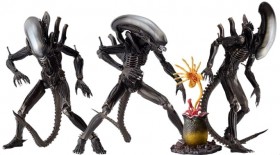 There is a new series from Revoltech, the Science Fiction series which features popular and hot sci-fi pop culture. The first one to hit this series is the Alien, from the movie filmed by the director Ridley Scott in 1979.

– Unlike the orthodox plot where space ship are sent to space, this one is about a space
ship landing on earth, and the alien had been designed by the Surrealism artist
H.R Giger is just stunning.
– This movie, full of thrill and suspense, was hugely successful, gaining the 52nd Academy
Award for visual effect in 1980.
– An action figure with 13 adjustable joints allows for a great range of poses; a birth of
[Big Chap] action figure never seen before. The tail is made bendable, using
wire in its core, allowing you to create active poses.
– And of course, that inner mouth has also been reproduced.
– Full Height: approx. 150mm
– Flexible points: total 15 points
– Number of Joints used: total 13 (8mm joint x8, 6mm double joint x1, 6mm joint x4) 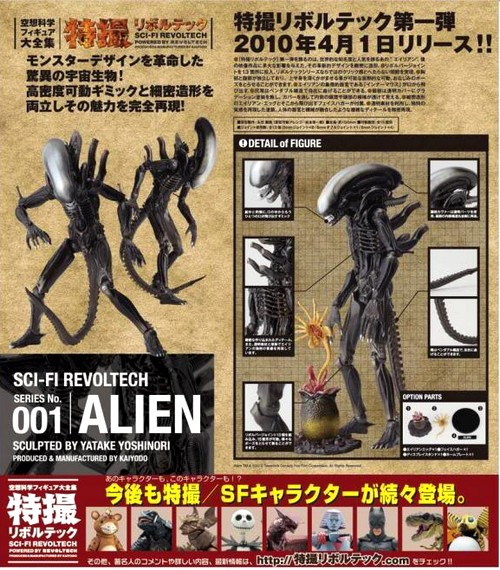