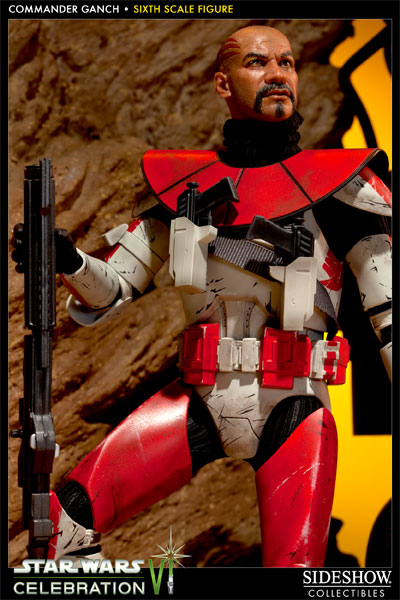 Sideshow Collectibles is proud to present the Clone Commander Ganch Sixth Scale Figure! Stocks shall be coming in to Toy Garden and Toywiz Malaysia end of Nov 2012. 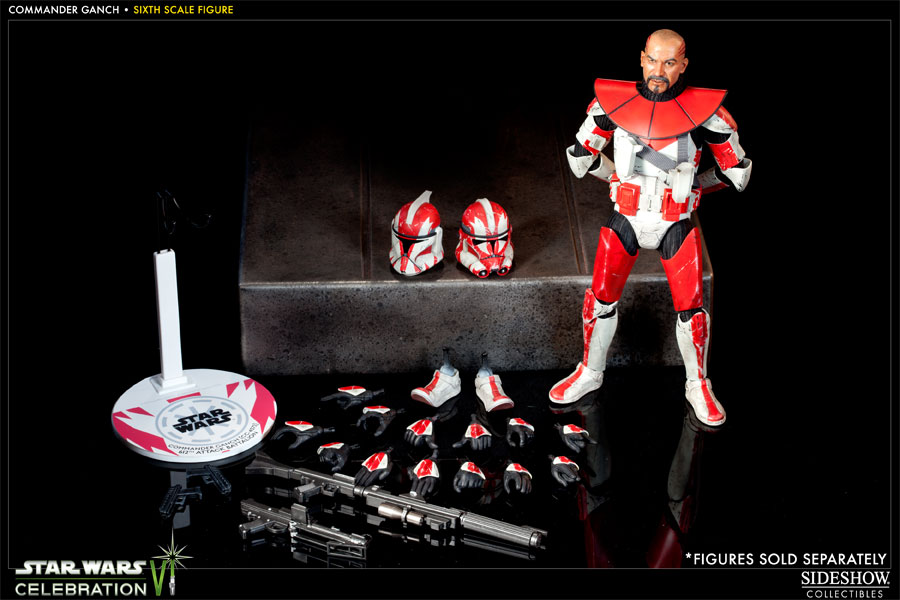 About Clone Commander Ganch
The commanding officer of the 612th Attack Battalion, Clone Commander Ganch is a no-nonsense, by-the-manual soldier who devotes all his energies to following orders to-the-letter. His hardened attitude comes from witnessing what can go wrong when troops lack discipline. A botched mission early in the Clone Wars left Ganch the sole survivor of Skua Squad.

Ganch was assigned to Jedi General Bolla Ropal at the Eedit Temple on Devaron, but after Ropal was kidnapped and killed by Cad Bane, Ropals forces were transferred to the command of Keelyvine Reus. Ganch respects Reus’s Padawan, Tyzen Xebec, and offers the young man advice when requested, though Ganch considers the teen Zabrak his superior.