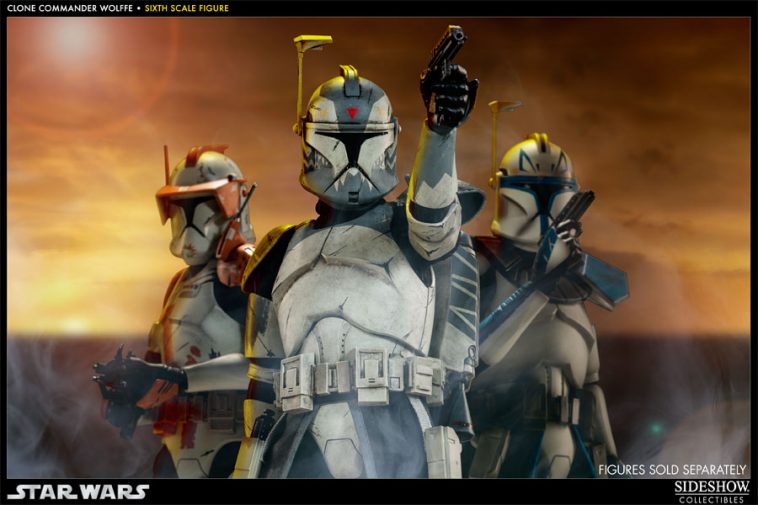 Sideshow Collectibles presents the Clone Commander Wolffe Sixth Scale Figure. Inspired by his appearances in Star Wars – The Clone Wars, the leader of the 104th Battalion’s famed Wolfpack joins the ranks of Sideshow’s Militaries of Star Wars. CC-3636 comes loaded with four interchangeable heads, a complete arsenal, and a full range of articulation.

Toy Garden and Toywiz Malaysia will be bringing in this limited edition Star Wars 1/6 figure and start taking preorder now! 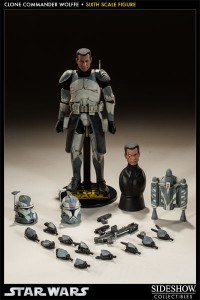 About Clone Commander Wolffe
CC-3636, nicknamed ‘Wolffe’ started his career with the Grand Army of the Republic serving under Jedi General Plo Koon during the Clone Wars. Proud and famed leader of the 104th Battalion called the Wolfpack, his first mission aboard star destroyer Triumphant would shape the now grizzled veteran for the rest of his career. In an explosive battle with the Separatist warship Malevolence, the majority of the Wolfpack perished in an onslaught of chaos and turbo laser fire. Wolffe, along with Koon, Boost and Sinker were the only surviving members.

After the brutal loss of his comrades, Wolffe had the battalion’s armor changed to honor the fallen squad. Dropping the rusty maroon colors for a pale blue, the team’s wolf logo would also see a redesign. Despite this first setback, the new members of the Wolfpack are as tight knit as they come, and their scarred stoic leader has no problem inspiring their loyalty.

[colored_box color=”yellow”]Preorder now at Toy Garden and Toywiz Malaysia for RM429 and a deposit of RM30 is required to place deposit.[/colored_box]