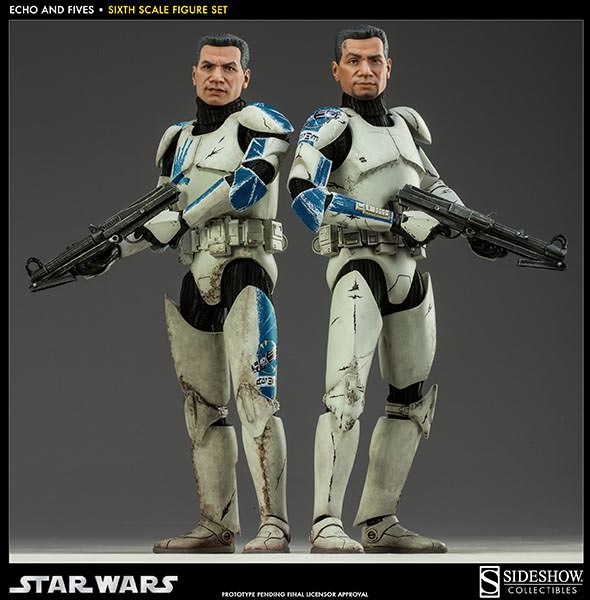 Clone troopers CT-21-0408 and CT-27-5555, best known as Echo and Fives, served side by side in the Grand Army of the Republic, steadfastly defending their posts and attacking key targets during the great intergalactic conflict, The Clone Wars.

[colored_box color=”yellow”]Preorder now at Toy Garden and Toywiz Malaysia for RM600 and a deposit of RM50 is required to place deposit. Estimated release date is Q1 2014.[/colored_box]