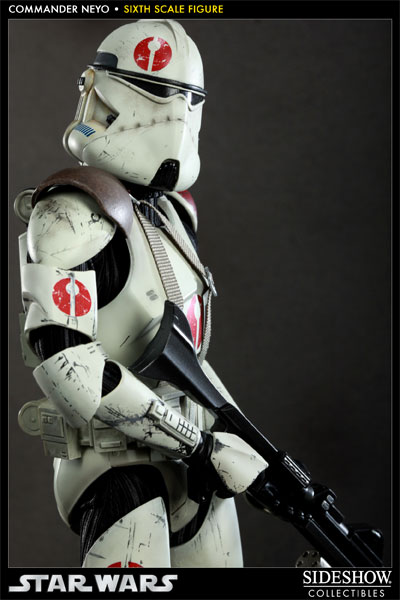 Sideshow Collectibles is proud to present the newest member of the Militaries of Star Wars Sixth Scale line, Clone Commander Neyo. Toy Garden and Toywiz Malaysia will be receiving the stocks soon on Nov 2012! 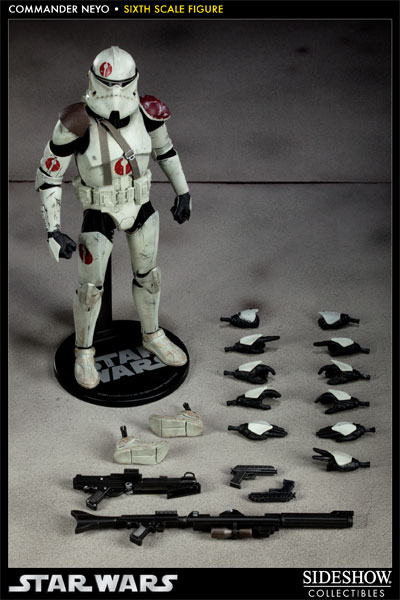 About Commander Neyo:
Although ARC clone trooper CC-8826 was initially bred to have no individual thought or feeling, essentially a machine created to fight for the Galactic Republic, he was given the opportunity to develop a unique personality. Enrolled in Alpha-17’s clone trooper commander program, he was actually encouraged to adopt more freedom of thought and expression.

Among the first graduates of the program, CC-8826 stepped into the role of clone marshal commander with the assignment to oversee the 91st Reconnaissance Corps. He takes the nickname Neyo, and develops a reputation as an especially cold, almost morbid commander. Terse and concise, Neyo isnt much for conversation but he displays an exemplary level of loyalty to his command. Working alongside commanders Faie and Bly, he leads a successful campaign to defeat the Seperatists on Saleucami. After their victory he remains on Saleucami under the leadership of Jedi General Stass Allie. In a testament to his loyalty, Neyo later follows Supreme Chancellor Palpatine’s order to execute General Allie, without a second thought or moment of hesitation.