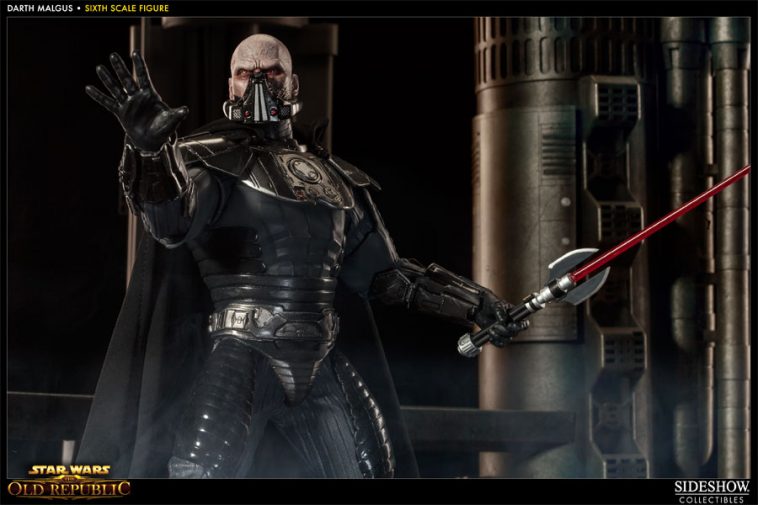 Sideshow Collectibles is proud to introduce the Darth Malgus Sixth Scale figure from the massive multiplayer online title, The Old Republic. Join the battle! The fearsome Sith commander is crafted on a fully articulated body, outfitted with highly detailed Sith Raider armor and a distinctive lightsaber. With unique accessories, including a removable respirator mask and hooded fabric cape, the Darth Malgus Sixth Scale figure is an outstanding addition for Star Wars collectors. 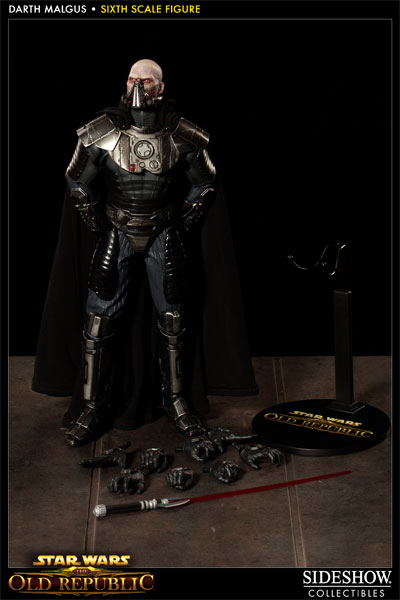 Toy Garden and Toywiz Malaysia will be bringing in limited quantities of this item and we are taking preorder now!

More About Darth Malgus:
‘You assumed no force could challenge you. And now…finally we have returned.’

At an early age, it was evident that there was a dark will behind young Veradun’s sensitivity to the Force (TM). Acknowledging his impressive potential, his adoptive father arranged for Veradun to attend the Sith Academy of Dromund Kass where he would train under Sith Master Vindican. Now, having risen to the status of Sith Lord, dubbed Darth Malgus, he has become a formidable commander in the Imperial Army. Following his vision that he will be responsible for the fall of the Republic and its Jedi Order, Malgus takes his place as a defining force in the Great Galactic War.

[colored_box color=”yellow”]Preorder now at Toy Garden and Toywiz Malaysia for RM569 and a deposit of RM50 is required to place deposit. Estimated Release Date is Q4 2013.[/colored_box]