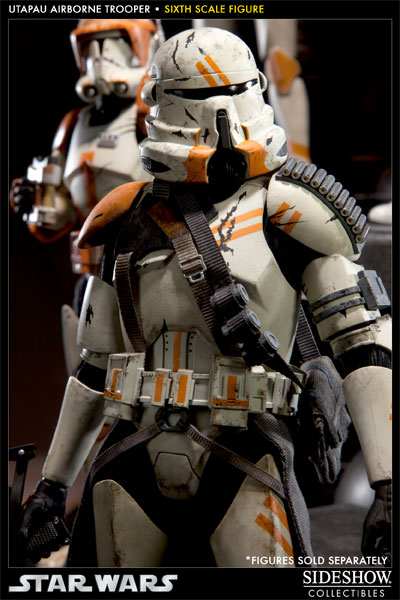 More about Utapau Airborne Trooper
A division of the Grand Army of the Republic, the 2nd Airborne Company was comprised of clone paratroopers serving under the 212th Attack Battalion led by Clone Commander Cody. Outfitted in heavy armor suits, specifically designed to withstand high altitude drops, their armor is marked with two orange slashes across the chest to denote their rank and company. In 19 BBY the 2nd Airborne Company faced General Grievous droid forces during the Battle of Utapau, and were later called upon to help overpower Utapau following the transmission of Order 66.