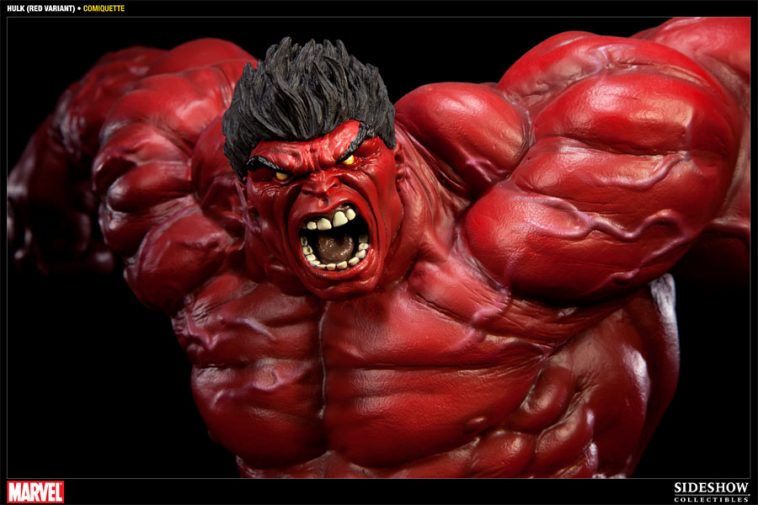 A mysterious aggressive Red Hulk is on the loose, responsible for the murder of Wendigo and Abomination, the destruction of a S.H.I.E.L.D. Hellcarrier, he even causes an earthquake in San Francisco. It takes the combined efforts of powerful Hulk and god Thor to bring down the Red Hulk. But, in a twist of irony, the monster’s true identity is revealed as the man who dedicated a lifetime to hunting The Hulk, General Thaddeus ‘Thunderbolt’ Ross.

A decorated Air Force General, Ross was assigned to multiple government projects focused on the capture and cure of The Hulk, in fact he was the commander at Desert Base, New Mexico where Bruce Banner was first exposed to the radiation that created The Hulk.

However, when Ross participated in an S.H.I.E.L.D. experiment gone awry, he became the very thing he hunted and despised. The Red Hulk travels a winding path that takes him from mindless servitude under the Leader, back to his previous position as an Air Force General, through the tragic death of his daughter and subsequent assassination of Abomination, but, true to form even this path weaves back to his complex relationship with Bruce Banner, The Hulk.

Start preorder now at Toywiz Malaysia and Toy Garden Kuala Lumpur for RM1399 and don’t miss the chance to own this awesome statue!