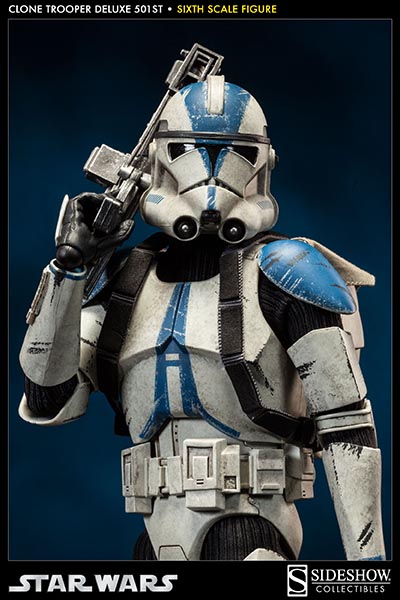 Sideshow presents the Clone Trooper Deluxe: 501st Legion, an elite legion of clone troopers serving under commanding officer Captain Rex, and one of the most well-recognized battalions in the Republic Army. Troopers from the prestigious 501st are distinguished by the trademark blue markings on their battle armor. The Clone Trooper Deluxe: 501st is crafted on a fully articulated body and features interchangeable Phase One and Two helmets, along with an arsenal of essential munitions. 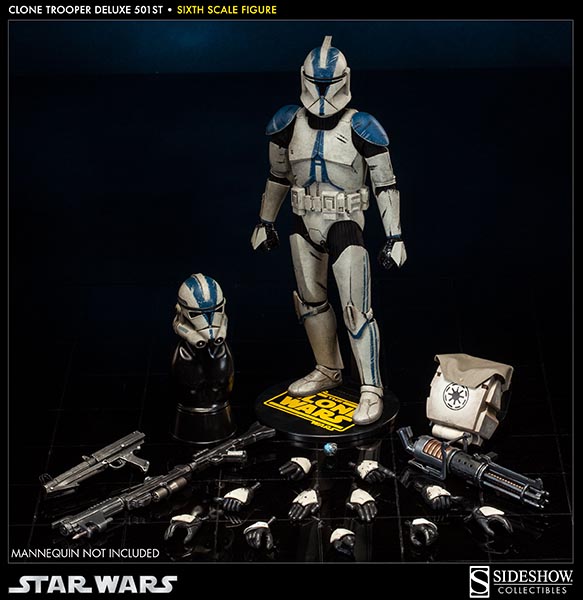 [colored_box color=”yellow”]Preorder now at Toy Garden and Toywiz Malaysia for RM420 and a deposit of RM30 is required to place deposit.[/colored_box]