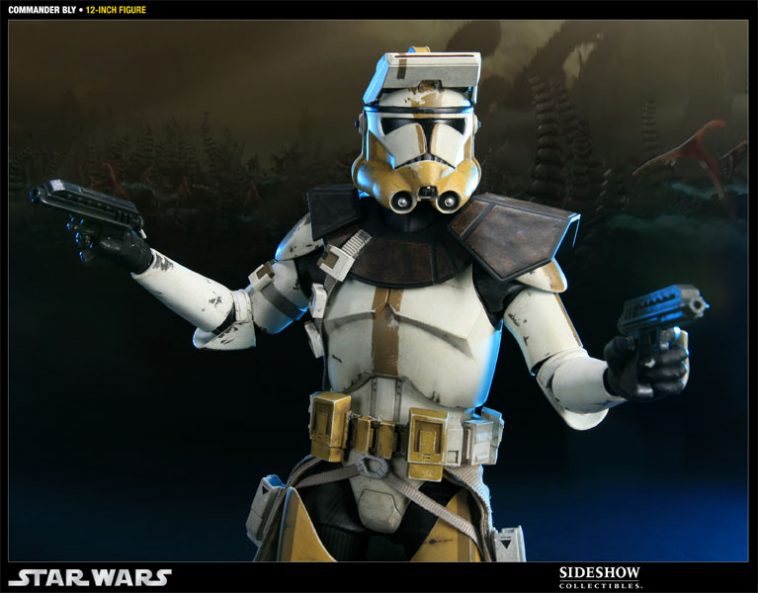 Another Star Wars Clone Trooper Commander coming from Sideshow Toys, this time the Commander Bly! We are taking preorder for the Sideshow item now.

Clone commander 5052, also known as Bly, was the leader of the Star Corps of clone troopers assigned to Jedi General Aayla Secura. He served with her on the exotic world of Felucia when he received Order 66. The executive command, originating from the Supreme Chancellor on Coruscant, identified Secura as a traitorous enemy of the state. Demonstrating his unerring loyalty to the Republic, Bly and his troopers raised their rifles and opened fire on their commanding officer, coldly killing the unsuspecting Jedi.

Bly was one of the first generation of clone commanders to be trained by the ARC trooper Alpha. The ARC troopers were a specially bred type of clone, more independent and with less docility tampering than the standard trooper of the line. Alpha’s training program emphasized independence and outside-the-manual thinking.

Start preorder now at Toywiz Malaysia and don’t miss the chance to own this masterpiece! RM439 for this awesome figure and a deposit of RM30 is required to secure your preorder