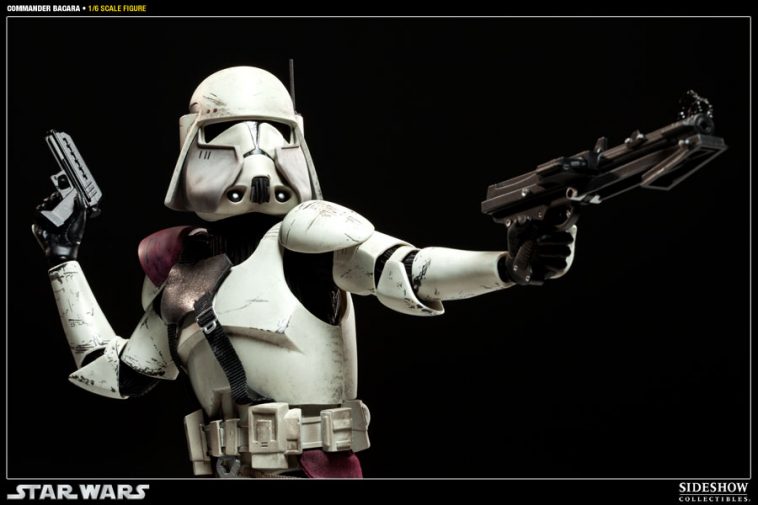 Toy Garden and Toywiz Malaysia will be taking preorder for the upcoming 12″ Star Wars Action Figure from Sideshow Toys, the Commander Bacara! Commander Bacara, also known by the numerical designation 1138, was a clone commander who worked alongside General Ki-Adi-Mundi against Separatist droid armies on the Outer Rim planet Mygeeto. Though he fought alongside the Jedi in numerous battles, Bacara’s ultimate loyalty was to the Republic and its Supreme Chancellor. When Palpatine contacted him personally and executed Order 66, Bacara carried out the command without question. He and his fellow Galactic Marines opened fire on Ki-Adi-Mundi, killing their general.

Start preorder now at Toywiz Malaysia and Toy Garden Kuala Lumpur for RM449 and don’t miss the chance to own this awesome Star Wars figure!