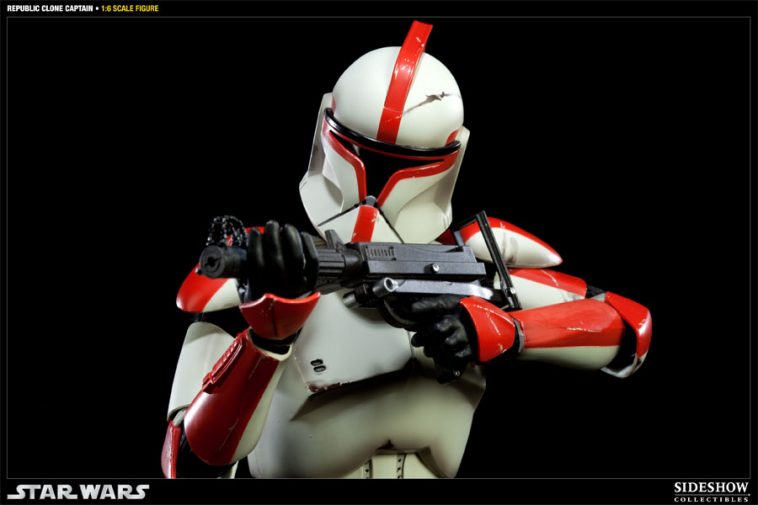 Toy Garden and Toywiz Malaysia will be taking preorder for the Sideshow Star Wars 12-inches Republic Clone Captain Action Figure! Clone Troopers, physically identical soldiers bred solely for battle, redefine the future of galactic warfare. The Clone Trooper Captains represent a specialized breed, born in the hatcheries of Kamino, designed to serve as battlefield officers and special mission operatives. Armed with DC-15A blaster rifles and trained in both squad and company level tactics they were assigned to lead companies of Clone Trooper soldiers.

During the First Battle of Geonosis, these officers took a company lead position at Forward Command Centers and destroyed Confederacy OG-9 homing spider droids by skillfully utilizing the speed and maneuverability of their Speederbikes.

Throughout the course of the long and bloody conflict that followed, the efficiency of the Clone Trooper Infantry and their Captains would be proven time and again on many scattered worlds.

and don’t miss the chance to own this awesome Star Wars figure! In Stock now at Toy Garden and Toywiz Malaysia for RM379.