From the hit Blizzard Entertainment title, Starcraft II, Sideshow Collectibles is proud to introduce Jim Raynor -Terran Space Marine. Confederate marshal turned outlaw rebel, Jim Raynor does not back down from a fight. Equipped with technologically advanced armor and weaponry, the Raynor – Terran Space Marine was assembled from over 525 individually engineered components, making it one of Sideshow’s most ambitious Sixth Scale projects to date. The detailed armor features light up elements in the chest and engine vents, an impressive cache of weapons includes a C-14 Impaler Gauss rifle, a massive sniper rifle, and Jim’s signature revolver. 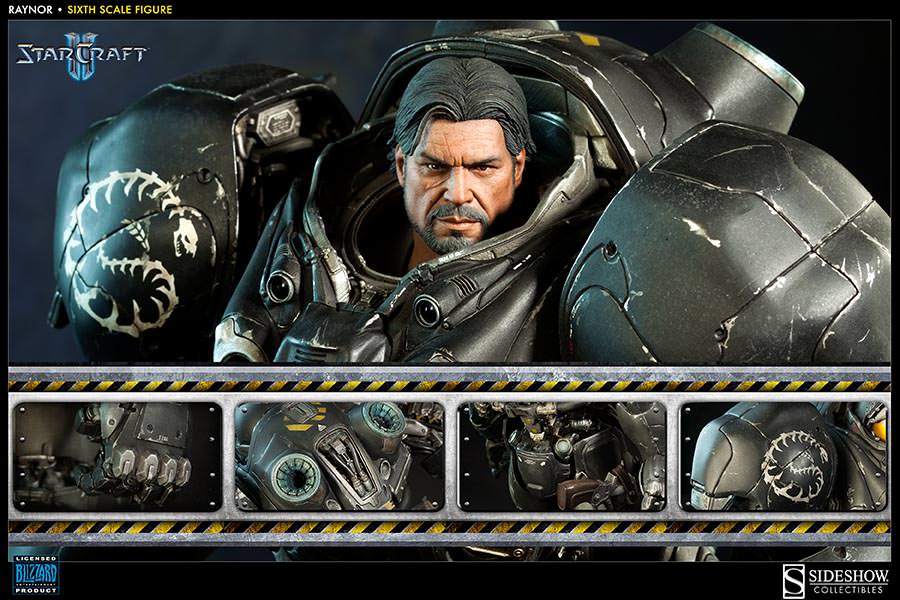 [colored_box color=”yellow”]Preorder now at Toy Garden and Toywiz Malaysia for RM1520 and a deposit of RM150 is required to place deposit. Estimated release date Q3 2014.[/colored_box]