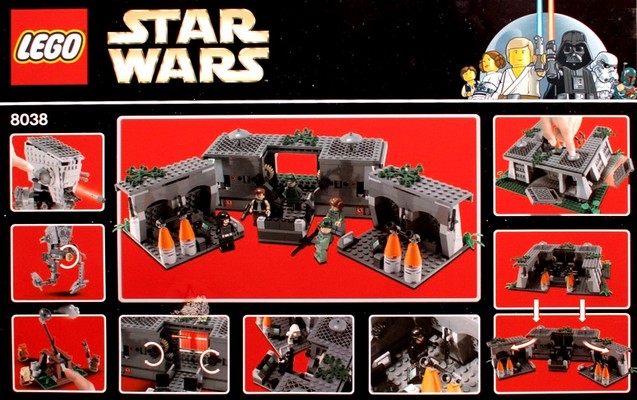 For the second half 2009, Lego will release a few sets of the Star Wars Clone Wars/Classic series. So start calling in to secure your set today! All these are in stock now and selling hot!

Conquer the galaxy with the Separatists!
Retail Price: RM199

The Separatist shuttle transports Nute Gunray to conquer, loot and battle on planets all across the galaxy! With a droid pilot and two battle droid bodyguards to carry out his orders, the Viceroy of the Trade Federation plans to recruit Onaconda Farr to the Separatist side – whether the Rodian senator likes it or not!

Fight for the Republic with Anakin Skywalker™!
Retail Price: RM369

Anakin’s sleek new Y-wing starfighter blasts through space on a daring Jedi mission! With Ahsoka in the laser turret and R2-D2 to navigate, this all-new version of the classic starfighter features a firing missile and a secret lightsaber storage compartment. Includes Anakin Skywalker, Ahsoka Tano and all-new R2-D2 with Star Wars: The Clone Wars design.

Battle on the forest moon of Endor™!
Retail Price: RM599

Celebrate the 10th anniversary of LEGO® Star Wars with the final battle for the fate of the Rebel Alliance – and the Empire! On the forest moon of Endor, a brave team of Rebels joins forces with a fierce tribe of Ewok warriors. Their mission: to destroy the secret Imperial bunker and take out the Death Star’s shields!

Watch out for the Separatists’ droid enforcer!
Retail Price: RM149

With their rotating center treads and double laser blasters, these armed and armored Separatist droids fight in battle after battle during the Clone Wars. Even a special squad of clone troopers with rocket packs may not be enough to stop them this time!

It’s the 10th anniversary of LEGO® Star Wars, and Imperial forces are invading the Rebels’ secret base on the ice planet Hoth! As Han Solo leaves for a mission on his tauntaun, snowtroopers attack with their heavy repeating blaster.

It’s up to the Rebel Alliance troopers to fight back with their missile-firing defense turret and trench with figure-flinging battle action. Includes 2 Snowtroopers, 2 Hoth Rebel Soldiers, Han Solo with Hoth gear, and the first-ever LEGO Tauntaun!