This set is available now at Toywiz, retail price @ RM79 each! 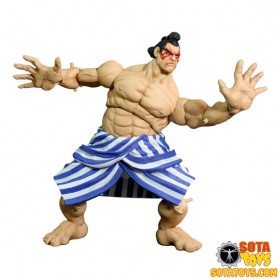 E. Honda began his training as a child, singularly focused on becoming the greatest sumo wrestler of all time. He would eventually achieve the highly-revered titled of “Ōzeki” (in the English localization, he was incorrectly stated as having achieved the title, Yokozuna). E. Honda became upset that the rest of the world did not view sumo wrestling with the reverence of the Japanese. He entered into the second World Warrior tournament intent on showing everyone that sumo wrestlers rank among the greatest fighters in the world.

As the greatest professional wrestler in the Soviet Union, Zangief was contacted by a man named Erai Hito (Great Man) to represent his country in the second World Warrior tournament. Zangief agreed and began training in the extreme climates of Siberia, determined to demonstrate Russia’s magnificent power to all of the world. With the assistance of his government, Zangief emerged from his training as “The Red Cyclone.” A patriot through and through, Zangief opposed the activities of Shadoloo. During the course of his battles, Zangief would come to meet one of his biggest fans, the Japanese pro wrestler R. Mika. 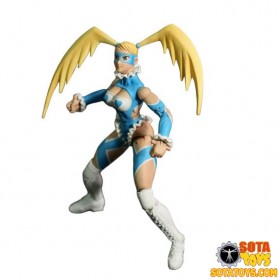 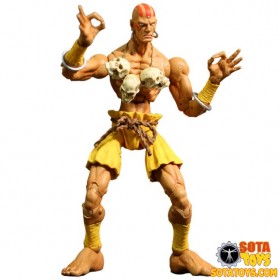 Who is Mika? Mika’s goal is to be “Star of the Ring.” To try to accomplish this, Mika decided she would travel abroad and battle famous street fighters even before she made her official debut. During that time, she met Zangief, a wrestler she is a huge fan of. Zangief inspired her as a pro wrestler to train hard for the next time they meet.

Generally a pacifist, Dhalsim fights to raise money for his village, but realizes that it might contradict his pacifist beliefs. Dhalsim has the power to suspend himself in midair, stretch his extremities in ways beyond the average human, breathe fire, read minds, and sense evil, the latter abilities he uses to locate the sinister Bison, and doing his part to aid those who can defeat the villain. He retired from fighting after the second World Warrior tournament, and continued to roam the world helping those in need.