Toywiz Malaysia received another exclusive Star Wars vehicle as well, the Octuptarra Droid!
This advanced combat Battle Droid stalks into battle on spider-like legs, blasting its multiple laser cannons at Republic forces. Relive the fast-paced battle scenes from the popular Star Wars Clone Wars animated series or create your own. “Fire” the missile accessories to ward off enemy troops. Open the hatch to keep your warriors (sold separately) out of harm’s way. You can even convert the packaging into a diorama, creating a detailed backdrop for all of your Space Age adventures.

In stock now and selling at RM149 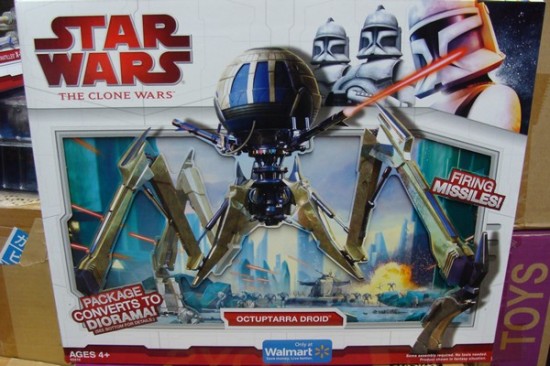