Honor an unforgettable spacecraft from the animated Star Wars saga with this collectible Republic Gunship replica. The opening canopy has room for two pilots (figures sold separately) while the rappelling line helps your troopers slide into the action. Firing missile launchers and a drop attack platform put you right in the middle of the galactic excitement. 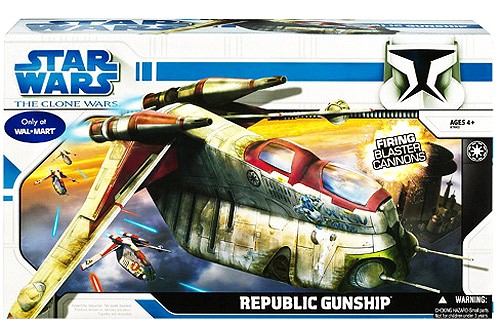