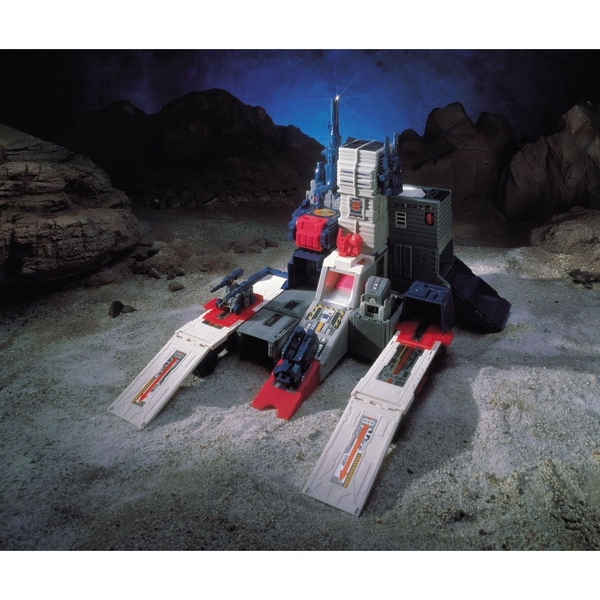 Finally the biggest transformers ever made is coming back to us, the Fortress Maximus Reissue from the Takaratomy Encore line. Toy Garden and Toywiz Malaysia is taking preorder now for this Encore #23 Fortress Maximus, which converts from city mode to vehicle mode to robot mode and is accompanied by Cerebros, Cog and Spike figures.

[colored_box color=”yellow”]Preorder now at Toy Garden and Toywiz Malaysia for RM950 and a deposit of RM150 is required to place deposit.[/colored_box]

Description:
Fortress Maximus’ inexhaustible courage is tempered by his preoccupying desire for peace. Despite his immense size and power he fights only out of necessity. He is armed with leg-situated twin laser-guided mortars, heat-seeking dual laser blasters, and a fusion-powered photon rifle. His secondary array includes repair, detection and communication gear. Fortress Maximus deploys a pair of armored vehicles, Gasket and Grommet, which in turn combine to form Cog. Max’s detachable head converts into Cerebros, binary-bonded to the Nebulan leader, Spike. The Autobots and Decepticons are marooned on Nebulos, their interaction with the native populace ultimately resulting in the Headmaster process. While the Decepticons ally with the planet’s tyrannical rulers, the Hive, the Autobots join the planet’s beleaguered freedom fighters. Zarak, leader of the Hive, seemingly gains the upper hand by converting the Hive’s city into the massive Scorponok, although the latter is thoroughly foiled by the arrival of the newly created Fortress Maximus.