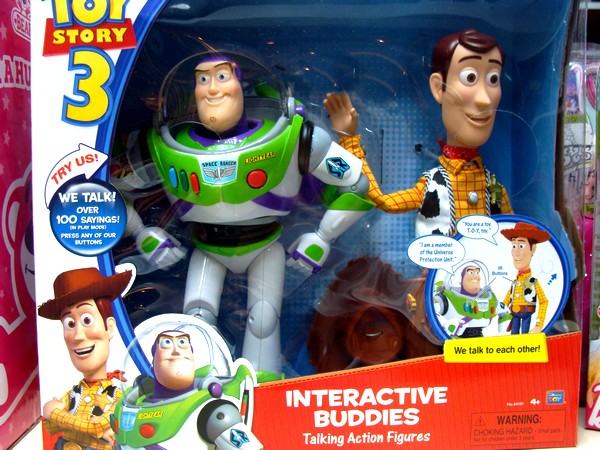 We have stock up alot of Disney/Pixars Toy Story 3 toys ranging from basic figures, deluxe figures, 12″ to 16″ Interactive Figures and dolls. Thinkway Toys has released quite some huge and interactive talking figures for Sheriff Woody and his girlfriend Jessie Cowgirl or Buzz Lightyear talking to buddy Woody. These talking action figures are hot selling items and best for Toy Story fans and kids! 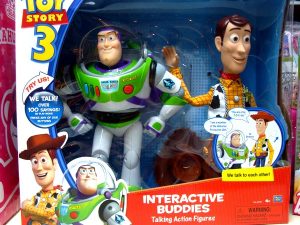 With Buzz and Woody’s selectors set to PLAY, position the buddies facing each other within a close range, they will talk to each other. To hear their story, press Buzz’s blue oval button or Woody’s top shirt button. To start a conversation between them, press Buzz’s green oval button or pull string on Woody’s back. 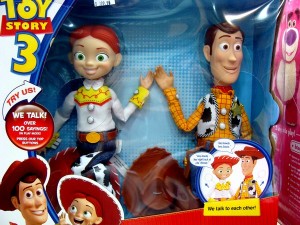 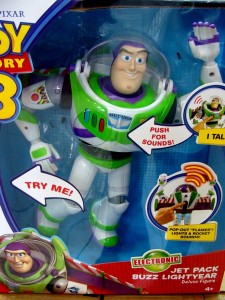 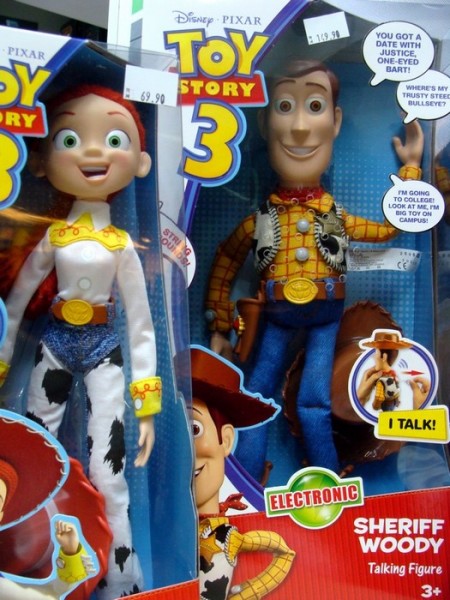