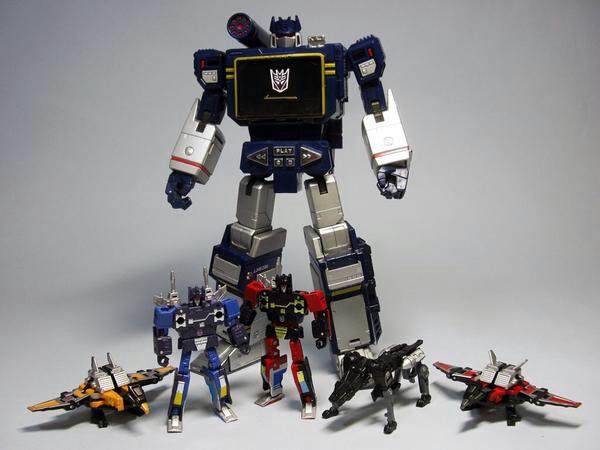 Takaratomy Transformers Masterpiece MP-15 Ravage and Rumble, MP-16 Buzzsaw and Frenzy will definitely the perfect sets for your Masterpiece MP-13 Soundwave! Toy Garden and Toywiz will be taking preorder for them now! Estimated release date March/April 2013.

[colored_box color=”yellow”]Preorder now at Toy Garden and Toywiz Malaysia and a deposit of RM30 is required to place deposit.[/colored_box] 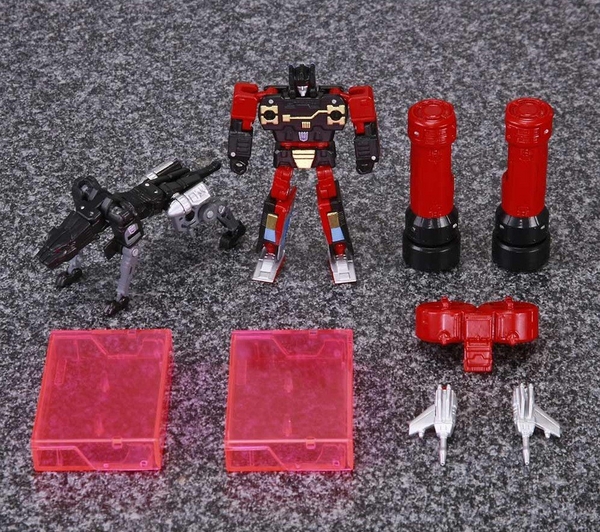 Cassette Warrior Rumble is a runt of a Decepticon with a Devastator-sized temper, a temper which is fueled by ridicule coming both from the Autobots and Rumble’s fellow Decepticons. Rumble loves destroying anything in his immediate vicinity, and fortunately his piledriver arms enable him to generate blast attacks and powerful quakes, which makes him one of Soundwave’s more valuable followers.

The most mysterious warrior in Soundwave’s cassette entourage, Ravage is a silent, brooding presence, frequently working alone. He is generally more deliberating than Frenzy. A feral adversary possessing an almost preternatural penchant for stealth, Ravage is versatile enough to be equally valuable in open combat situations and in darker endeavors requiring subtler sabotage. 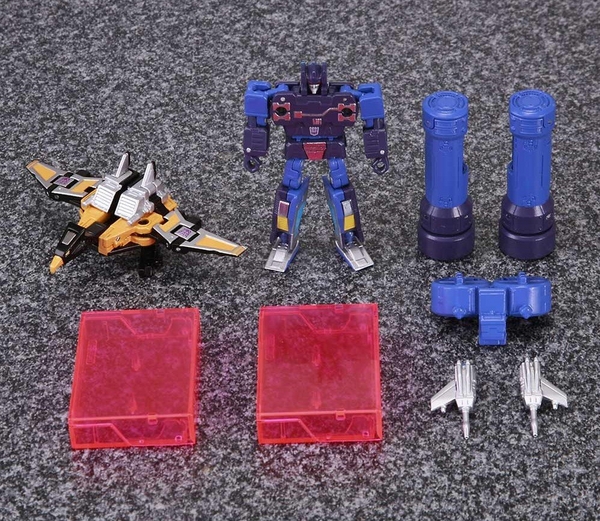 Well-suited to the company of fellow Cassette Warrior Rumble, Frenzy eagerly uses his powerful piledrivers to generate a high-pitched sound capable of disorienting and disrupting the electrical flow in targeted circuitry. Still, as with the case of Rumble, Frenzy’s diminutive stature and limited intelligence are irritants which earn him ridicule and keep him in a raucous, perpetually warlike mode.

Buzzsaw’s comparative sophistication obfuscates equally complex cruelty and an avidity for destruction. He kills his opponents with aplomb, likening the killings to contributions to his great masterpiece of carnage. Buzzsaw is capable of pinpointing and photographing a thumbtack from a distance of 20 miles. He flies at a speed of 250 mph. He is armed with twin mortar cannons, and is his diamond-hard micro-serrated beak enables him to skewer virtually any enemy.