As teasers for some incoming stocks to Toywiz Malaysia, we will be getting some Marvel Universe, Marvel Comic Packs, or maybe some Marvel Transformers Crossovers for the coming months. As the Marvel line has been slow for a while, fans will be happy to hear that there are some exciting release coming soon! Hasbro will introduce their 25th Anniversary “Secret Wars” Comic 2-Pack, which includes a special comic. There will be a total of 12 “Secret Wars” Comics 2-Packs released over the course of the year and each set will come with a reprint from the Classic 12-Issue limited series that was released by Marvel Comics in the 80’s. We have some pictures of the Secret Wars Comic Packs, courtesy from AFP. 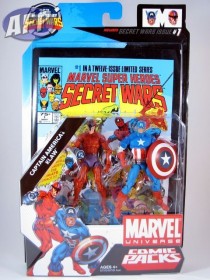 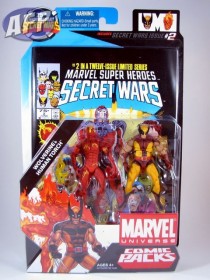 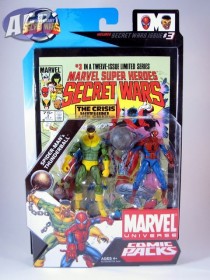 As for the Marvel Universe line, Wave 5 and 6 will be coming up shortly and here is the assortment list as below: